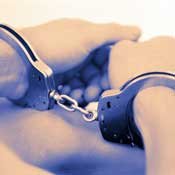 The day after the Southern Poverty Law Center filed a lawsuit against a Hinds County-run youth detention center, the county denied SPLC and its clients access to the children detained there.

SPLC says it was retaliation.

The Mississippi Youth Justice Project, a project of the SPLC, filed the suit June 1, claiming that officials at Henley-Young Juvenile Justice Detention Center in downtown Jackson keep kids in abusive, unsanitary and unsafe conditions. The lawsuit says detention-center officials regularly isolate children in cells for 20 to 23 hours a day, deny them educational and counseling services, and verbally abuse detainees.

A federal judge heard both sides Friday. SPLC filed an emergency motion after the county denied access to the facility, even to existing clients, in retaliation for filing the June 1 lawsuit. Their complaint asked for a preliminary injunction to make the county allow Disability Rights Mississippi to see residents confidentially and evaluate which of the children need services. Besides the advocacy groups, children who were formerly detained in Henley-Young and juvenile-justice experts also came to court Friday to testify about the need to provide detained children access to protection and services.

"In order to determine if a child has a mental disability, we have to have access if they haven't been diagnosed, yet," Cockrell told the Jackson Free Press this morning.

Lisa Ross, attorney for Hinds County, argued Friday that the groups can't just come in to the detention center to see any detainees they wish with unfettered access. Ross was in court this morning and was unable to return calls immediately.

Hinds County and the SPLC have until this Friday afternoon to file briefs making their case. County officials did agree to let Disability Rights Mississippi see children with disabilities, mental or physical. The problem, the SPLC argues, is that the county is determining which children fit in that category.

"In this area, there's not much authority," Cockrell said. Right now, the county has no parameters set to decide which children are disabled or mentally handicapped. Cockrell and other SPLC lawyers are researching case law this week to put in the brief due Friday.