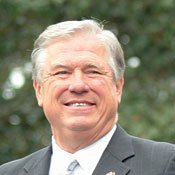 The suit alleges that the controversial health-care law and its individual mandate requiring health insurance exceeds Congress's power under the commerce clause and other constitutional provisions.

"At this stage of the case, the plaintiffs have most definitely stated a plausible claim," Judge Vinson said about the commerce clause challenge.

Florida Attorney General Bill McCollum, who is leading the states' challenge to the law, said the ruling was an important victory. "It is the first step to having the individual mandate declared unconstitutional," he said in a statement.

Gov. Haley Barbour, who joined the lawsuit without the assistance of Mississippi Attorney General Jim Hood, is happy about the decision.

"I am pleased the judge has allowed our challenge to the individual mandate contained in the Obamacare bill to go forward," Barbour said in a statement. "So far, three different federal judges have considered the challenges to Obamacare, and every one of them has found the challenges to be serious complaints, worthy of being resolved. The individual mandate represents an unprecedented expansion of federal power that is inconsistent with the Constitution."