[Rob In Stereo] Knocking The Hustler 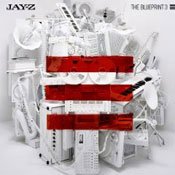 Jay-Z's newest album, "Blueprint 3," does not live up to the high expectations for it.

Perhaps the bar has been set unreasonably high for Jay-Z's "Blueprint 3." Invocation of 2001's "The Blueprint" alone sets expectations soaring. Add to its title the list of contributing superstar producers and the knockout lead single, and "Blueprint 3" has the makings of a album of the year. Regretfully, it fails to live up to the hype.

The opening song, "What We Talkin' About," does not fail, however. It gives us a look at the possible future of hip-hop. Firmly set in an Obama America, the song looks to recast hip-hop as something more than countercultural underdog music, which hip-hop has traditionally prided itself as. Having the first president who openly admits he listens to hip-hop, the timing of this evolutionary step makes sense. The lyrics and futuristic beat exude a feeling that this album could be something truly transforming.

Disappointingly, the lyrical progressivism displayed on "What We Talkin' About" is not expounded upon in any significant way beyond that song. He retreats back into his comfort zone of gangster posturing, and fame and wealth flaunting soon thereafter. Granted, Jay-Z still attacks these subjects better than any living MC, and Obama's election does give him an entertaining well of new material. He invites us to the White House with him and alludes several times that he could get the president's ear if he so desired. These rhymes, despite quite possibly being true, begin to wilt under the general lack of substantive content.

Two songs do stand out among the pack, though, and are destined to rank among Jay-Z's best when he ultimately calls it a career. "D.O.A. (Death of Auto-Tune)" is an immediate classic. It's a genre-defining song that could possibly (and hopefully) serve as the final chapter in this bygone era of auto-tuned hip-hop.

The other enduring song is "Empire State of Mind. "It is a celebration of all things New York and a reminder of all that the city has done for Jay-Z, and vice versa. With Alicia Keys' rousing and inspiring chorus, it is the most fully formed song on the album and could well become "New York, New York" for the hip-hop generation.

If the rest of the album could live up to the lyrical standard set by the opening song or the sheer quality of "D.O.A." or "Empire State of Mind," Jay-Z would have an album to rival "The Blueprint" on his hands. The album's sound and production becomes monotonous, though, as bombastic beat after bombastic beat is toted out along with newer rappers tryingand largely failingto sound like Jay-Z. The back end of the album in particular, is weighted down by these problems and, as a result, is largely disposable.

While "Blueprint 3" does make two quality albums in a row for Jay-Z, it fails to elevate itself to the classic status many were anticipating. The apexes on this record, though, give hope for "Blueprint 4." I think I'll listen to the original while I wait for it.