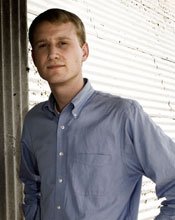 When Joel Bomgar developed a new type of software at age 23, he had no idea that in a few years, he would be running one of the fastest growing technology companies in the country. He was simply trying to save time.

In 2003, Bomgar was a senior engineering student at Belhaven College, working part-time in technology support. He was tired of spending hours on the phone dictating instructions to clients, or worse, driving long distances to meet them. He created a bit of code that allowed him to see clients' computer desktops, no matter where they were located, and fix the problem from his home computer.

By the time he graduated from Belhaven--No. 1 in his class--Bomgar had realized that potentially millions of other people could benefit from his invention.

"I cannot be the only person on the planet that's sick of telling people, 'I can be there to fix your computer next Tuesday,' he thought. 'Well, it's broken now!'"

After graduation, Bomgar and two friends developed the software into a product called the Bomgar Box. When they began selling the flat, portable box online, it generated an astonishing $1 million in revenue during its first 18 months. Companies in 52 countries use the Bomgar Box for remote technology support.

Today, after five years in operation, Inc. magazine has named Bomgar Corp one of the fastest-growing software companies in America, with $20 million in revenue last year. It has 125 employees in seven international offices--and its headquarters aren't in Silicon Valley. They're in Ridgeland.

"When I graduated high school, I had a deep technical understanding," he says. "I had a marketable skill that I would not have had (without) that volume of time to pursue my own interests."

Bomgar lives with his wife and two young children in Jackson, which he says has the benefits of a big city and a small town. Blond and lanky with an easy laugh, he has a strong Christian faith that permeates his life. He knows that the success of Bomgar Corp. depends on every employee, and he hasn't let it go to his head.

"I drive a 10-year-old Toyota Corolla," he says. "I try to live a lifestyle that pretty much any Bomgar employee could afford."

Joel is the Bom!