Planting the Seeds of Big Ideas 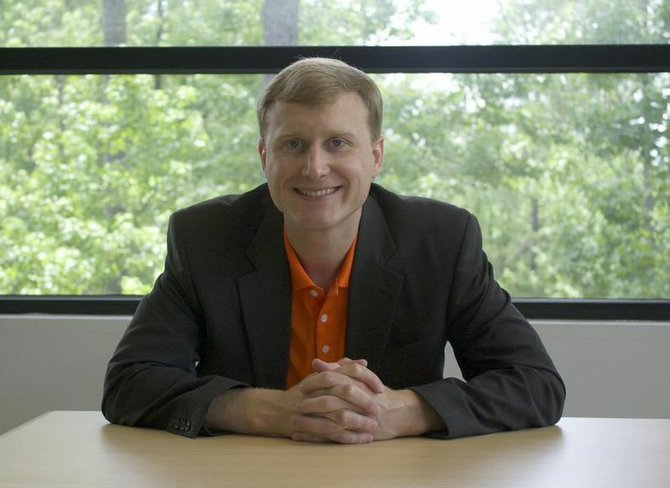 On Nov. 6, Jackson will host its first TED (Technology, Entertainment, Design) event, TEDxJackson. The theme is "Fertile Ground," and includes a wide range of speakers including Joel Bomgar, the founder and CEO of Bomgar, one of the fastest-growing businesses in North America and headquartered here in Ridgeland. His software allows easy remote access to computers and mobile devices.

In a recent interview, the Belhaven University graduate shared his story starting when he was 15 and introduced to a Windows 95 operating system.

Windows 95 started all this?

It could do so many things, and I was just fascinated by technology and software and how it all worked together. I started trying to optimize the computer. The family was always frustrated because the thing (the computer) was always taken apart with parts everywhere. They didn't care if it was slow; they just wanted it to work. For me, I wanted it faster and optimized. It started there, and I've been absolutely fascinated and interested in technology ever since.

How did you turn the idea for Bomgar into a reality?

When I was in college, the job I had was basically fixing computers. I was driving a 1979 Buick LeSabre, and every time someone had a problem, they'd call and I'd jump in the car and do the 45-minute or hour-long drive—it could be any distance. ... When I graduated from college I really wanted to be more effective than I'm going to be if I have to jump in the car every time. I worked on a piece of software that would let me connect to people's computers over the Internet. I could see their computer screen, I could move their mouse, I could type on their computers. Once they gave me permission, they could essentially sit back and watch and I would fix their computer problems from the other side of the state or wherever I was. It took about six or more months to come up with the first version of that product. ... Since I spent that long, I thought that maybe it was worth trying to share the idea with the rest of the world.

What is your TEDxJackson talk about?

I'm probably best known for talking about the concept of being different, really as a strategy of how Bomgar became No. 1 in the world at what we did. Charting a course that's effectively the opposite of what all of our competitors chose to do. ... I'll be talking about that, but then I'll also be applying it to new areas and new things that I haven't talked about before. I'm trying to get the best of the old and the best of the new by including the narrative and the topic that I'm probably best known for speaking about, and the one that probably has been the most powerful in propelling the company forward.

How will having a TED event affect Jackson?

Every time Jackson does something that puts us on the map, that's great! I think TED is an excellent opportunity to have some great thinkers and some people with ideas in Jackson put on a national stage. Ultimately, the TEDx event is not about the 300 people in the audience. It's about the tens of thousands of people that can ultimately watch online. That's the beauty of the Internet, not just in building Bomgar.

What allowed you to take a simple idea and make it into something major?

The passion and the drive to see a vision fulfilled. One of the interesting things that I ran into as I was building the company was a fair number of people that had said: 'I've actually thought about trying to build a product like that. I just never did. I never got around to it. Never had the passion to pursue it.' Ultimately, those were people that came and purchased the product I had built.

I think it's not so much about having a good idea. Most good ideas have been had by someone somewhere along the way. It's about the person having the idea making the determination that they're going to go through walls. They're going to do whatever it takes to see that idea come to fruition. I guess that's the approach I've taken to whatever I've done in life.

• The No. 1 problem people have is that they never actually launch whatever their idea is.

• Try to get the product on the market as fast as conceivably possible. Get something out there to find out if the marketplace cares.

• There is no harm in putting your product out there. What matters is if it produces even a microscopic amount of value.

• Use users' feedback to find out how to make your product better.

• Pursue your dreams. Don't let anything stand in your way.

• When you have those dreams, to the degree it's entrepreneurial, whatever it is your idea is, get it out there.

• If it's a product or a service, the marketplace will pay you to make it better.

• Success in the workplace is about finding something that you enjoy doing, and that the marketplace values a lot.

"Given the right soil, one seed can grow into a plant that feeds, heals, shelters, clothes or simply pleases the senses. We believe that a simple, powerful idea can do the same."