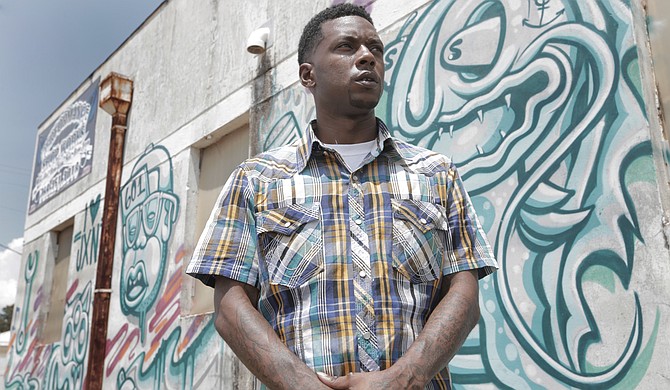 Gregory McCarty, 32, has had a lifelong fascination with numbers—something that has been both a blessing and a curse. Born in Jackson, he spent his childhood years moving.

"I was an active kid, didn't do too much in the house. I liked being outside," he says.

This movement continued into his early teenage years, and he became more involved in what he describes as "street life."

At 14, McCarty and his mother moved to Texas, which was a change of pace that had both positive and negative consequences for him. Though the move separated him from the friends who were involved in bad activities, he says it also left him without a support system to help him handle the emotions that he was dealing with. At that time, McCarty says, he was having an internal struggle between his childhood demons and his fascination with numbers. Initially, he found a way to balance both—credit-card abuse.

"I started working at 16," he says. "Then, I caught a little charge doing credit-card abuse. ... I was really interested in knowing how to do numbers and accounting and payroll—(anything) dealing with numbers."

After being involved in a few petty crimes, McCarty was sent to prison at 18 years old for aggravated assault. On his release, he moved back to Jackson and reconnected with his negative influences. He tried staying hopeful about his situation, he says, but he didn't know how to use his skill with numbers in a positive way. Eventually, he went to prison again for financial crimes.

But this time, McCarty handled his situation differently. He wanted to improve himself mentally, physically, and spiritually.

"I focused on reading a lot," McCarty says. "I read a lot of topics (relating to) psychology, religion, self-help. ... A lot of people don't understand (that) a lot of smart, intelligent people are (in prison). When they get taken away from the negative things and the temptation out here, they are sitting inside a box when you can only get your mind together. From that situation, I grew, and it helped me."

After being released, McCarty's main goal was to help others—a goal to which he is still committed. He says he knows that there are other young people going through the same situations he went through, and he wants to act as a mentor to them.

Recently, McCarty launched his own shirt-printing business and a recording studio, both operating under the name RichLevel.

"I'm a music fanatic, so what I'm trying to do is get younger people who want to learn how to do T-shirts or who want to learn the audio engineering recording business and get them off the streets," he says. "A lot of older people now just see younger people, and they turn their backs. You shouldn't be afraid to help them. I try to be that person."