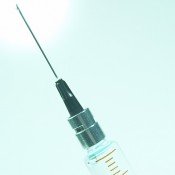 Free flu vaccines are available through the Mississippi State Department of Health.

People have been receiving all kinds of bad information about the new vaccinations for swine flu via e-mail and flyers. "We've seen e-mails stating that the vaccine is tainted with antifreeze or Agent Orange, causes Gulf War syndrome, or has killed U.S. Navy sailors. One says the vaccine is an 'evil depopulation scheme.' The claims are nearly pure bunk, with only trace amounts of fact," states FactCheck.org.

The Web site, which is a project of the Annenberg Public Policy Center of the University of Pennsylvania, is a nonpartisan, nonprofit "consumer advocate" for voters. In the group's thoroughly researched findings, the site summary states:

• The vaccine does have some risksthe same risks as the seasonal flu vaccine. Except for the virus, it is functionally identical to the vaccine that's given every year.

• The multidose formulation of the vaccine contains thimerosal, which prevents contamination. Some have accused thimerosal of causing developmental disorders in children, but scientific evidence doesn't support this.

• The vaccine does not contain squalene, which has been accused – also without good evidence – of causing Gulf War syndrome.

• There's no reason to believe that a vaccination would cause Guillain-Barre syndrome. GBS was associated with several hundred flu vaccinations in 1976, but there's been no evidence of an association since then, despite close monitoring.

• While it's true that a Navy vessel was prevented from deploying because of a flu outbreak, that had nothing to do with the vaccine, which hadn't been developed at the time. And there were no deaths aboard the ship, as some e-mails claim.

• Vaccination is not mandatory for the public nationally or in any state. Massachusetts legislation granting standby powers in case of health emergencies does not require vaccination or establish quarantine "camps."