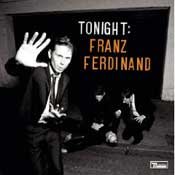 J. Tillman is perhaps best known as the drummer/vocalist for Seattle darlings Fleet Foxes, but he had been recording as a solo artist for many years before he joined the Sub-Pop label quintet last May. And while his recent album, "Vacilando Territory Blues," shares a structural and stylistic foundation with the Fleet Foxes, its mood and production quality are more stark and melancholic.

Tillman sings in a sweet but earthy whisper that is both plaintive and knowing. His voice is bracingly honest and fosters an immediate connection with the listener. This connection is most supportedand the music is bestwhen the accompaniment is sparing.

Standouts include: the desolate "Barter Blues," with its banjo, pedal steel and darkly poetic vocals; the lilting guitar and catchy folk rollick of "Steel on Steel;" and the simple beauty of the slow, gentle "Master's House." The rest of the album is solid, though a bit less engaging. On many songs, superimposed and thoughtless snippets of instrumentation and gratuitous production diminish the integrity of Tillman's sound. He has a vulnerable, genuine voice that will surely find him many fans, but this offering would benefit from more confidence in the rugged intimacy that makes Tillman unique in the first place.

I was dubious when the accolades for Animal Collective's latest release, "Merriweather Post Pavilion," starting mounting up weeks before its formal release date. Animal Collective has always made intriguing music, but never anything I wanted to listen to at length.

But when I finally sat down to take in the new album, I was pleasantly surprised. It's a cohesive albuman engrossing experience that can only be captured by listening to the record in its entirety.

"Merriweather Post Pavilion" is an unabashed entrée into pop music from a band who began its career with largely inaccessible and structureless experimental music. Its weirdness draws on psychedelia, which is grounded in their trademark circular rhythms and a lush, saturated sound that brings to mind bright swatches of free-flowing color bleeding across a canvas. And where the classic pop melodies were once lost in the background, they are now central and paramount to the songs. Of course, dissenters will want more indie purity or less eccentricity, but "Merriweather Post Pavilion" marries Animal Collective's pop and indie-experimental tendencies so naturally, it seems hard for either side to argue the album is anything but a brilliant mixture of lush, joyful and complex pop.

When Franz Ferdinand came on the scene in 2004, the band brought a welcome dose of vibrancy and fun into a fairly calm indie-rock scene. But the Scottish lads have become increasingly pop-oriented and predictable over the last few years, while their songs pile up in an indistinct heap of disinteresting and thoughtless art rock.

On its recent release, "Tonight," the band combines a dash of disco rhythm and gimmicky guitar, the occasional gritty guitar lines, and a disaffected vocal delivery in a choppy, careless substitution game where each track is indistinct except for a few bridges or slight tempo alterations. For the most part, the songs are catchy or at least danceable, but their lack of creativity or sincerity make them easy to forget. The single "Ulysses" suggests the band still has hope. Its verse of shuffling drum rhythm and strong bass lines provide a sexy drugged-up way to spend a few minutes, but it's ultimately too limp and unfocused to get excited about. Maybe they just got lucky with "Franz Ferdinand," or maybe they got more interested in adoring fans and dollar signs than meaningful albums. Whatever the case, "Tonight" is barely worth a passing listen.