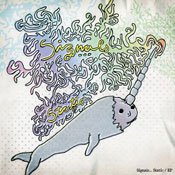 Olympic Records act, the Da Vincis, make exactly the music teenage boys should make. Their loose, jazzy pop songs possess a purity free from the baggage that comes with age and experience and strategic commercialism. Their debut album, "See you Tonight," is breezy, diverse and catchy.

The album's best songs combine focused craft and the band's innate pop sensibility. "John Wayne" is full of rapidly shuffling keyboards, circling vocal dubs and the exuberance of summer. Its carefree refrain, "I don't know if the summer will last, but I swear, it's going to be good. / I don't know if the clock will stop, but I think it should," is my new mantra for the season. "50s film" is a wonderfully crafted and sweet, catchy blend of light keys and xylophone. The song has multiple layers and bridges, but every transition is fluid, and each new piece makes sense within the song. Lead singer Andrew Burke's vocals imbue the song with an appropriately nostalgic quality for the song's rich melody and old-fashioned pop approach.

Other songs have promise, but would benefit from greater focus. The loose, meandering "Friend Requestԗabout the desperation inherent in requesting a Facebook friendshipis clever, but can drag with Burke's lazy, nasal vocal style. Similarly, "Nickels and Dimes" has a sweet lilt to its jazz-pop guitar, but its elements don't combine fluidly. The songs already have a great foundation; they just need a touch of refinement.

More than anything, the Da Vincis' "See You Tonight" debuts a band with great potential and talent. With a few years of maturity and hard work, the Da Vincis could make some great records.

In an era where alternative rock has degenerated into a paint-by-numbers game largely comprised of angry, overly aggressive songs or affected emo music, a band with a little more restraint that pays more attention to crafting good songs is a welcome diversion. Jackson-based band Signals and their debut EP, "Static," present such a diversion.

"Static," released on Olympic Records, presents a subdued brand of brooding rock with focused, well-honed songs and just enough intensity to scare off your pop-loving friends. Although they owe a debt to industrial rock, Signals diverges from the genre with their fuzzy guitar sound and controlled use of feedback, and they keep things contemporary by integrating prominent digital background noises. Lead singer Knowlton Bourne pulls you into the album's moodiness by adding just a touch of anguish and controlled emotion to his strong, sinister voice.

The EP begins strong with two of its best tracks. "Night" opens the album with the crackling sound of a record needle and builds from two simple guitar parts to a slithering guitar verse. The song is well structured to generate a magnetic tension: alternating layers, intensity and density with a push/pull momentum. The second track, "All the Power Was Out," opens with a series of slow, whining feedback bends, fluidly moving into its verses arced with guitar riffs. The track begins slower than its predecessor, but by its end grows into an emotionally charged clash of instruments. Momentum drops in the middle with the lukewarm "Merry Me," but picks up fiercely in the middle of the next track, "Silence of the Sea," and doesn't let go until the slightly dreary closer "Wooden Knight."

The greatest flaw in "Static" is not with the songs themselves, but with the lack of variety in the album as a whole. The songs all have the same basic structure, and things can get boring after a while. Sometimes the songs overcome this hurdle through sheer vitality, but greater diversity would make the album stronger.

Despite this criticism, however, "Static" is still a solid record filled with smart, sincere and interesting music.