The Many Faces of Pop | Jackson Free Press | Jackson, MS

The Many Faces of Pop 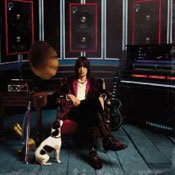 Atlanta's Bradford Cox has a talent for channeling his offbeat personality into dreamy pop and rock songs, both in his main band, Deerhunter, and his frequent solo work as Atlas Sound. Where Deerhunter is more extroverted and rock-oriented-, the labyrinthine pop of Atlas Sound always feels like an introvert's bedroom musings and daydreams channeled into music.

While the fall release of "Logos" has the same murky, slightly hallucinogenic overlay as earlier solo releases, the album diverges from both bands' catalogues by projecting a sunnier and more inviting mood than previously seen. The trademark esoteric is still present ("The Light Had Failed"; "Washington School"), but it doesn't play as pivotal a role as it did on Atlas Sound's first full-length album.

Instead, "Logos" is fueled by retro nostalgia֖whether in the '60s beach-pop electronic track "Walkabout" (featuring Animal Collective's Noah Lennox) or the simple sentiment of "Sheila" and "Criminals." Mixing sun-drenched guitars, jaunty rhythms and retro-styled melodies, the ostensible love song "Sheila" is probably the catchiest and most joyous song Cox has ever written.

Though not his most innovative album, "Logos" is overall a solid record that shows another side of Cox's creative music.

Julian Casablancas - "Phrazes for the Young"
3 of 5 stars

You might forget that Julian Casablancas is the lead singer of the Strokes on his debut solo album, "Phrazes for the Young." In the debut, digital country, '80s pop, disco, electro-rock, gospel and '70s rock combine in a head-spinning sonic whirlwind. It's a lot to digest at once, but repeated listens yield gems.

On the surface, the synth-happy early '80s pop of "11th Dimension" is a catchy guilty pleasure, and the spaced-out rock of "River of Brakelights" is weird and creative, but it's when Casablancas showcases his more intimate voice that his music comes alive.

Highlights include the sweet-dream pop of "Glass" and emotionally wrought "Four Chords of the Apocalypse." This song, in particular, is an almost perfectly structured song with a verse of sauntering organ and winding guitar lines and a chorus of rapidly arpeggiating synths, grizzly guitar riffs and passionate vocal wails. One can only hope the scattershot ideas of "Phrazes for the Young" are simply the result of Casablancas experimenting, and trying to find his own voice within that wide range of sounds.

When he finds his voice, Casablancas hits on something we didn't even realize we wanted.

Hope Sandoval and the Warm Intentions - "Through the Devil Softly"
2.5 of 5 stars

As we close out the first decade of the century, music seems to have shifted away from the earnest rock of the early '90s. And when icons like Mazzy Star's Hope Sandoval resurface, it's always a little bittersweet. Her second full-length album with the Warm Intentions, "Through the Devil Softly," continues the soft acoustic underpinning, but it has more in common with gothic lullabies and campfire confessions than the earnest ballads of years past.

While Sandoval's voice is as affecting as ever, the subdued music is less than captivating. About half the songs feature near-identical accompaniment: hushed, sparing and with a limply sauntering tempo. Other tracks sound like the sort of amateur worldliness, or jazz that plays in major coffee house chains.

When more thought is put into the song composition, the results are usually pretty good. The creeping guitar licks and wind-whisper vocals of "Blanchard" are a perfect fit for Sandoval's haunting voice. "Trouble" has more of a vintage noir aesthetic, and the tapering vocal phrases and sensual lilt of the accompaniment position Sandoval as a seductress.

If only there were a middle ground between rehashing the past and generic coffee-shop crooner.