No Budget ‘Disastrous' for Medicaid Patients 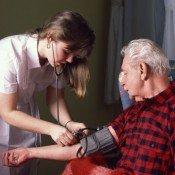 Critics say the Mississippi Division of Medicaid runs the risk of federal sanctions for requiring that beneficiaries be homebound before qualifying for Medicaid home-care.

Because of the Governor's refusal to call a Special Session of the Mississippi Legislature, it appears the Division of Medicaid will cease to exist after midnight on June 30, 2009. The Governor's lack of action will have disastrous results for Medicaid patients and all health care providers who serve them.

While most legal experts agree the Governor can "run" the agency without reenactment of the Division, they also agree the Legislature cannot appropriate funds to an agency that does not exist.

For example, any payments to Medicaid staff or vendors after July 1st would be considered illegal gratuities, leaving the Governor with no staff to run the program. Since there will be no Division of Medicaid, there will be no authority by which the state can collect provider taxes or draw down federal matching funds, leaving the state liable for 100% of provider payments. There is also the possibility the state would have to refund the $190 million it has already received in federal Medicaid stimulus funds.

Further complications result from the Division of Medicaid's recent notification that it will not reimburse health care providers for treatment of Medicaid patients until the beginning of the new fiscal year. If the agency does not exist as of midnight on June 30th, there will be no agency to pay providers for the care they extended. Providers would then be forced to sue the State of Mississippi to recover cost of those services which, according to one estimate, could be as high as $150 million.

Many hospitals and other health care providers have already informed their vendors they will not be paid until the providers are reimbursed by the Division of Medicaid. These delays impact the health and viability of thousands of small businesses across the state.

Beginning tomorrow, auditing firms retained under contract by the Division of Medicaid to audit hospitals will be asked to begin terminating their work with an expected departure date of June 30th. Since the contractual agreements under which such firms are retained will be nullified with the dissolution of the Division, hospital auditors will have no standing to be in health care facilities (unless they require medical attention).

While these arguments address the "economics" side of the Governor's inaction, MHA is most concerned with the "human" side.

Also beginning tomorrow, many hospitals will begin informing their Medicaid patients that, if the Division of Medicaid is not extended prior to July 1st, the beneficiaries may become liable for the total cost of their care. No patient will be denied care or treatment by any hospital, but without the existence of the Medicaid program, beneficiaries will be considered "private pay" patients responsible for the whole cost of their treatment and care. Loss of coverage will not be limited to just hospital services but will include all Medicaid services, ranging from nursing home care to physician visits, from prescription drugs to dialysis centers, from home health services to special needs children, from nurse mid wives to psychiatric treatment facilities.

Medicaid recipientsthose among us who are most vulnerable and most in need of our care and compassionshould not be made victims of this stalemate between our Legislative and Executive branches. On behalf of the 600,000 of our fellow citizens who depend upon continued Medicaid coverage, we implore the Governor to call the Special Session to reauthorize the Division of Medicaid before it expires at midnight on June 30th.