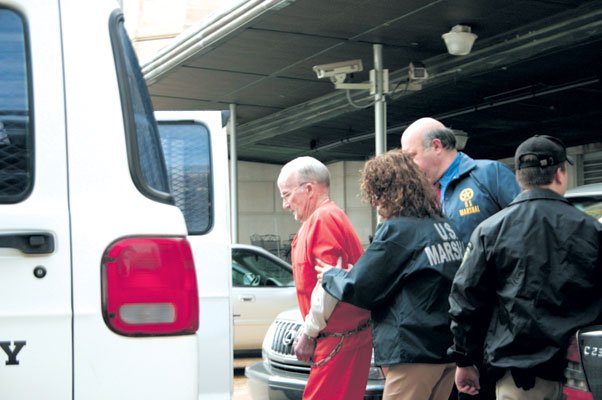 James Ford Seale will be going home soon, probably within days, thanks to the 5th U.S. Circuit Court of Appeals, which on Sept. 9 overturned his 2007 conviction on federal conspiracy and kidnapping charges for abducting Charles Moore and Henry Dee in 1964. The Jackson Free Press revealed in 2005 that Seale, the primary suspect in the case for 40 years, was still alive although The Clarion-Ledger and national media had reported him dead.

Seale, a former member of the White Knights of the Ku Klux Klan according to FBI informants, was among several men who allegedly kidnapped 19-year-old Moore and Dee, whom the men suspected of civil rights activities. After tying the two young men to a tree in the Homochitto National Forest and severely beating them with bean sticks, Seale and his companions allegedly took them across the state line into Louisiana, then back to Palmyra Shoot, an offshoot of the river where Warren County, Miss., and Madison and Tensas Parishes in Louisiana converge.

Alleged Klansman Ernest Parker, now deceased, owned property there, where informants say they tied the pair to a Jeep engine block and threw them overboard to drown.

FBI records from 1964, reported by the JFP in 2005, revealed that Seale allegedly told the informant that shooting the pair before throwing them overboard would have splattered the boat with blood.

The unanimous opinion by three justicesW. Eugene Davis (from Louisiana), Jerry Smith and Harold DeMoss Jr. (both from Texas)stated that the reversal was based entirely on whether the statute of limitations had expired on the kidnapping charges.

The other appeal question, which the court heard June 4, 2008, was whether Dr. Stephen Hayne's testimony about the two teens' cause of death was scientifically valid. The justices did not address the second question in Tuesday's decision. Attorneys did not argue the question of Seale's guilt or innocence on appealjust whether he should have been tried.

In 1968, however, the U.S. Supreme Court invalidated the death-penalty provision of the kidnapping law as unconstitutional in United States v. Jackson. Then, in 1972, Congress amended the statute, probably in response to the Jackson case, eliminating the death-penalty language altogether, arguably attaching a statute of limitations of five years similar to other non-capital federal crimes.

Seale's defense team argued the question of whether the statute of limitations had expired on the kidnapping charges in Seale's 2007 trial. Judge Henry Wingate ruled for the prosecution at the time, saying that the Supreme Court's decision should not be applied retroactively to a crime that occurred in 1964 when the federal kidnapping charge was a capital offense.

The 5th Circuit Court disagreed with Wingate's ruling. Citing numerous legal cases in addition to those argued by Seale's defense team, the 5th Circuit held that a change in the statute of limitations is a procedural change that occurred as a result of the '68 ruling, not a substantive change to the law, and that a procedural change should apply retroactively when it does not harm the defendant, regardless of whether the change specifically stated that it should apply retroactively. Ex post factowhich holds that a change in law "after the fact," cannot be applied retroactively if it harms a defendantdoes not apply.

"The last step in the reasoningwhether this should apply retroactivelyreasonable people can disagree on that," said Mississippi College School of Law professor Matthew Steffey. "The real question is whether Congress intended this to apply retroactively, and honestly, Congress probably didn't think about it one way or another. When they took the death penalty out, they didn't even address the statute of limitations."

"Statutes of limitations have always been seen as procedural," said Kathy Nester, one of Seale's appointed federal public defenders, adding that in her opinion, the 5th Circuit judges ruled correctly. "It's certainly a victory for the defendant, but it's also, I think, a victory for the process."

On Sept. 10, Nester's office re-filed a motion to have Seale released. The attorneys filed their first motion to release him the day Seale received his sentence, citing his "advanced age and debilitating health problems." Seale reportedly suffers from emphysema and cancer, and the maximum-security prison in Terre Haute, Ind., where he is currently incarcerated, is not a hospital facility.

"While we are mindful of the seriousness of the crimes at issue, we cannot abdicate our duty to faithfully apply a valid limitations period," the court's decision states in its conclusion. And, although basing their decision solely on the limitation question, the court added that it reserved the right to examine others' issues raised on appeal "if necessary."

Federal prosecutor Tovah Calderon would not comment on the case, directing the JFP to the office of public affairs.

"The Department strongly believes the evidence presented at trial proved beyond a reasonable doubt James Ford Seale's guilt in kidnapping and conspiring to kidnap Henry Dee and Charles Moore in 1964. The court did not dispute these facts in its decision," said Department of Justice attorney Scot Montrey in a statement e-mailed to the Jackson Free Press and other media outlets.

"The decision is currently being reviewed by the Department, and we will certainly consider all available options as we determine our next action. The Department remains committed to prosecuting racially motivated crimes to the fullest extent of the law, regardless of how many years have passed."

Federal prosecutors may not have many options. Steffey and Harry MacLean, a Colorado attorney and author in the process of writing a book abut the Dee-Moore murders, agreed that the chances of the 5th Circuit Court agreeing to hear the prosecution's appeal en banc (in front of the entire 22-member court) are about one in 10.

"I don't think the 5th Circuit en banc will do anything; I don't think we'll hear the (appeal) at all," Steffey said, "much less that 12 of them will agree that it doesn't apply retroactively."

To date, Mississippi has refused to bring Seale to trialFranklin County authorities declined to pursue murder charges against Seale and now-admitted co-conspirator Charles Edwards in 1965, and released them from jailbut the circumstances of the case make it difficult for the feds to have jurisdiction to bring a federal murder charge, which generally requires that a murder take place on federal property or that the victim is a federal employee.

"Under the law, the 'continuing crime' theory allows you to prosecute in either state," MacLean said.

Asked whether the state of Mississippi is contemplating indicting Seale for murder, Attorney General Jim Hood's office e-mailed this statement: "We are reviewing the issues in this case and have no comment at this time." District 6 Attorney Ronnie Harper did not return calls for this story.

The Louisiana Attorney General's office did not immediately have a specific comment, but indicated it is trying to find out more about the case.

On Aug. 5, 2008, the families of Moore and Dee filed a lawsuit against Franklin County, where the two teens were allegedly abducted, claiming that county officials worked "in a collusive and unlawful relationship" with the Ku Klux Klan and that "in 1964 defendant Franklin County had an unlawful, racially motivated policy and practice of protecting the Ku Klux Klan."

"This will change the case we'll put on," said Dennis Sweet III, an attorney representing the families. "The reversal means we'll have to prove (Seale's guilt) all over again."

Reporters from the Jackson Free Press travelled with Thomas Moore, brother of Charles Moore, and a Canadian documentary maker to investigate the cold case in 2005, finding Seale alive. The JFP's investigation was cited extensively during the trial.

Prosecutors said that Seale's petition for immediate release was denied Friday, Sept. 19, pending their appeal or the expiration of time where they can file an appeal (30 days from the courts' Sept. 9 judgement).