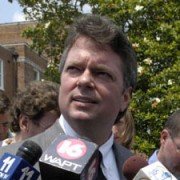 "This is just another example of how Entergy pads its bills," said Attorney General Jim Hood. "Our complaint alleges that they have padded their bills with these 'hypothetical SO2 allowance costs.' We intend to make them stop this improper conduct and give this money back to ratepayers, just like they were required to do in Louisiana."

The fuel adjustment clause (FAC) is a type of "automatic adjustment clause" which permits the utility to recover fuel related expenses as soon as they are incurred instead of waiting until after regulatory approval is complete. When costs are recovered through base rates, prior regulatory approval is necessary. Under the laws of both Louisiana and Mississippi, regulated Entergy affiliates may only include specified costs in the FAC, all of which are directly related to the purchase of fuel to run Entergy's plants or to purchase energy from other providers. The FAC provides for a dollar-for-dollar recovery by the utilities. The law prohibits them from earning a profit from the FAC.