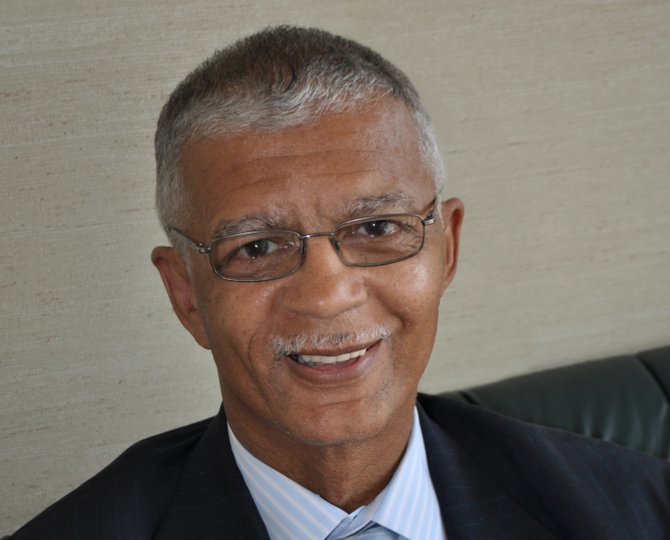 The Jackson Free Press got kicked out of a meeting for the first time on Oct. 2, 2002.

The meeting, at Freelon's Restaurant on Mill Street, was called to organize support for controversial African-American attorney Chokwe Lumumba, who may be disbarred by the Mississippi State Bar. Lumumba, founder of the New Afrikan People's Organization, is a nationally known attorney who has vigorously represented African Americans, ranging from the late rapper Tupac Shakur to the exonerated defendants in the New York Brinks armored-car robbery case.

Lumumba moved from Detroit to Jackson in 1988, and has defended a number of black men accused of violent crimes, including 17-year-old South African Azikiwe Kambule in 1997 and ex-police officer Eddie Myers, who was found innocent of murder in mid-October.

"We really cannot afford to have Chokwe disbarred," former state Sen. Henry Kirksey said at Freelon's. "We won't have anybody to ask the right questions and get the right answers." Kirksey held up a Mississippi imprisonment map, indicating that most of the prisoners incarcerated in the state are from 12 majority-black counties.

The fracas started last year when Leake County Circuit Court Judge Marcus Gordon held Lumumba, who works with Freelon & Associates in Jackson, in contempt. Lumumba was representing Henry Payton, 43, who was charged with kidnapping, bank robbery and arson in May 1996, for driving the getaway car in a Walnut Grove heist (and then leaving his three accomplices inside the bank, where they took the bank president hostage). Payton, who is black, was convicted and sentenced to life in prison. But the Mississippi Supreme Court overturned the conviction, saying that District Attorney Ken Turner had used a controversial "send a message" defense argument with the jurors—that is, they should sentence Payton harshly to set an example—while seeking lesser sentences for his accomplices. The case was sent back to Gordon for a new trial.

Lumumba was first angered when the judge allowed Payton to be paraded before the jury pool in chains, risking jury bias, but his move to replace the jury pool was denied. After the jury convicted Payton of robbery and arson (not kidnapping), the judge sentenced him to 48 years. After several jurors came forward to say they did not believe Payton was guilty, but had compromised with other jurors due to Gordon's instructions, Lumumba asked for a new trial, but was denied Oct 17, 2001. That day Lumumba loudly accused the judge in the courtroom of "unfair handling of this matter." Gordon sentenced Lumumba to three days in jail for violating the Code of Professional Ethics. The Mississippi Bar Association then filed formal charges to disbar him; that hearing is scheduled for Dec. 6.

The Freelon's community meeting, which was promoted to the press, brought out a plethora of African-American elected officials and activists in support of the man born Edwin Finley Taliaferro in Detroit, and who later changed it in honor of late Zairean leader Patrice Lumumba.

"It's really ridiculous. He should not have been found in contempt," said Imhotep Alkebu-lan, an attorney and a national chairman of the National Conference of Black Lawyers, who is representing Lumumba. Charles Tisdale, publisher of The Jackson Advocate, said: "He's not only a friend, he's my lawyer." Representatives of the Nation of Islam vowed that they have "got his back."

State Rep. Jim Evans hugged Lumumba before declaring a rousing defense of his friend. "I'm glad to see that the people of Jackson know how important this man is," he told the packed restaurant, adding that blacks must "stop letting folks divide us." They must come together to defend Lumumba, he said: "This battle is just beginning; they want this brother bad."

As Lumumba walked toward the podium, it was announced that the media were "excused." In addition to my photographer and me, an African-American cameraman from WLBT and a writer for a black nationalist newspaper had signed in as press. But attorney Alkebu-lan told us—and only us as far as we could tell—that we would have to leave because a "strategy session" was about to begin.

We discussed the matter for a while, but finally gave in and left as Lumumba's deep voice rumbled in the background. It may well have been an interesting speech.

The Coalition to Support Chokwe Lumumba is holding its next meeting Tuesday, Nov. 12, at 7 p.m. at Freelon's restaurant. We'll be there … at least for a while.

My First Encounter with Chokwe Lumumba by donnaladd 8 years, 7 months ago