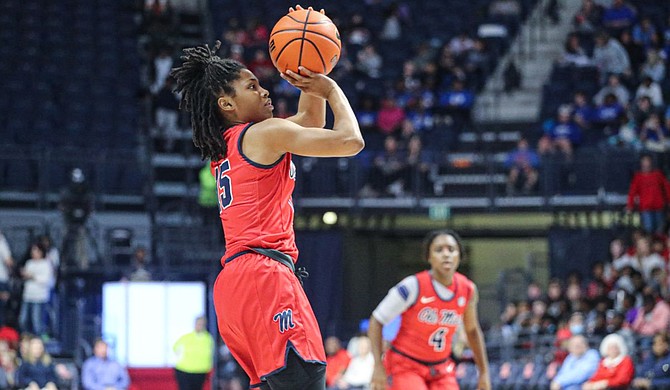 The University of Mississippi women’s basketball team is off to a red-hot start this season. The Rebels dropped the opening game of the season and haven’t lost a game since. UM is off to a 13-1 start coming out of conference play, at the time of this writing.

During the two games the team played in the West Palm Beach Invitational, senior guard Angel Baker enjoyed two outstanding performances. She helped the Rebels to wins in both games and a scoring threat off the bench.

Against Texas Tech University, Baker scored a team-high 24 points after she went 11-for-13 from the field and 2-for-3 from the three point line. She added two rebounds and two steals in the 65-50 victory.

Baker scored 11 points to help the Rebels take down No. 18 University of South Florida and added three rebounds and one steal in the 61-53 win. It was the first win for UM against a ranked non-conference foe since 2007.

The Southeastern Conference named Baker co-SEC Player of the Week for her efforts against Texas Tech and South Florida. She shared the honor with University of South Carolina player Destanni Henderson.

She has made five starts this season and played in all 14 games for the Rebels. Baker has scored double-digits in four games this season. She grabbed a season-high eight rebounds against Mississippi Valley State University.

The Rebels were supposed to start SEC play on Thursday, Dec. 30, against the University of Arkansas, but a positive COVID test and contact tracing postponed the game. UM's upcoming game on Sunday, Jan. 2, against number-one ranked South Carolina has also been postponed.

No make up date for the Arkansas or South Carolina game has been announced by the SEC.