Tax Relief, But For Whom? | Jackson Free Press | Jackson, MS

Tax Relief, But For Whom? 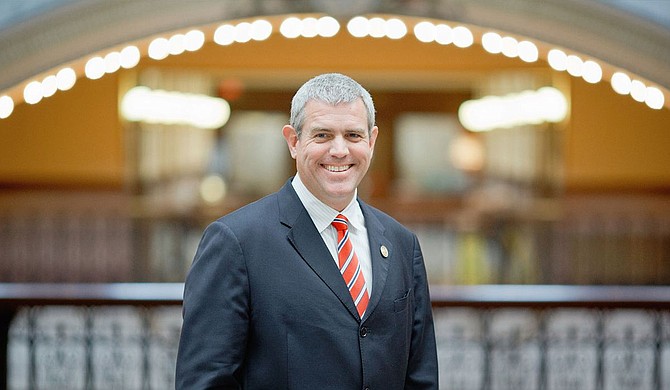 Mississippi House of Representatives Speaker Philip Gunn introduced legislation to eliminate Mississippi’s personal income tax earlier this year, while proposing to make up for the revenue shortfall with increased consumption taxes, such as sales tax, adding up to regressive reforms that have drawn criticism from businesses and advocacy groups alike. Photo courtesy Philip Gunn

Just as the realities of a fourth wave of COVID-19 sunk into the state, and just miles from a field hospital set up in the garage of the Mississippi hospital most likely to serve low-income patients, Mississippi legislators held a hearing on eliminating the state income tax.

The tax elimination is a pet project of House Speaker Philip Gunn, who introduced legislation to reform Mississippi’s tax structure in the last legislative session. The bill passed in the House but died in the Senate, where support for the proposal never materialized.

The proposal quickly drew near-universal criticism from myriad sources who don’t always agree over its potential negative effects on Mississippians with lower incomes, including vulnerable population advocacy groups, Mississippi businesses and organizations such as the Mississippi Chamber of Commerce. 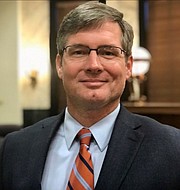 Department of Revenue Commissioner Chris Graham broke down the state budget for the committee. Graham explained how the grocery tax only affects food, and not other popular items usually purchased in a grocery store. Photo courtesy Governor's Office

The late-August joint Senate-House panel held two hearings, with testimony from economists, tax experts and advocacy groups about potential risks and benefits of the tax-reform proposal that would replace lost income-tax revenue with an increase in sales tax and other consumption taxes.

Gunn’s proposal would mean that Mississippians would save an increasing amount of money as their income level rose, which means the more money someone makes, the more they would benefit from the proposed cut.

“It puts money back into your pocket,” Gunn said in a Feb. 25, 2021, video explaining his proposal. To make up for the loss in revenue, Gunn’s proposal would raise the already regressive state sales tax from 7% to 9.5%, in addition to certain other taxes like the state use tax.

During the hearings, Gov. Tate Reeves expressed his approval for doing away with the state income tax in an Aug. 24 press briefing after thanking Sen. Josh Harkins, R-Flowood, and Rep. Trey Lamar, R-Senatobia, for organizing the hearings.

“I’m also very glad that the lieutenant governor, speaker, and I all agree that the income tax should be eliminated, and that doing so best positions Mississippi for long-term success,” Reeves said. “I hope that once the hearings are over, the Legislature will realize that eliminating Mississippi’s income tax is needed and reducing the tax burden on Mississippians across the board is the best way to ensure our state’s economic prosperity.”

“I hope that once the hearings are over, the Legislature will realize that the best way forward is to not swap the income tax for increases in sales, taxes, agriculture taxes and other taxes,” Reeves said. “If you agree with me on that, that we should eliminate the income tax without raising taxes in other areas, I recommend you mention that to your legislators.”

“I’ve said it before, and I’ll say it again,” the governor said. “I’m opposed to taking less from you here and taking more from you there. I’m opposed to robbing from Peter to pay Paul. I’ve been in contact with many small businesses across Mississippi, including in the manufacturing and agricultural space, with outside think tanks and many other stakeholders. Based on my conversations with them it’s clear. The consensus is that eliminating, not swapping the tax burden, is the way to go.”

Lt. Gov. Delbert Hosemann agreed in part earlier this year. “I have concerns about raising anybody’s taxes,” Hosemann said on March 1. “There are significant things to discuss here.”

‘The Cooler Is Not a Grocery’

At the hearings, Mississippi Department of Revenue Commissioner Chris Graham gave a basic breakdown of the State’s budget.

Graham began with an overview of the State’s largest sources of tax revenue, namely the sales tax. “It’s our largest collected tax in the state,” he said. After sales tax, individual income taxes, corporate income taxes and use taxes provide the bulk of State revenues.

Mississippi collected $9.4 billion in taxes in fiscal year 2021, of which 69%, or $6.5 billion, went into the State’s general fund. “To me, the interesting part of looking at the cash transfers (is), we send the money where the Legislature has instructed us to send it,” Graham said.

“You can really take a step back and say OK, what are the priorities of the Legislature being done in the past?’”

Graham specified that around 10 different agencies compete for the lion’s share of general fund dollars, while municipalities only receive 7.5%, or about $713 million in 2021. This municipal share is an increase of more than $100 million from the previous year, he explained.

“You can see that the Legislature over the years has been concerned with sending money back to the local governments,” Graham said.

“Those aren’t reflected in our numbers because we don’t have any role in collecting those,” Graham specified.

Sen. John Polk, R-Hattiesburg, questioned the commissioner about the state grocery tax, which Gunn’s proposal would cut in half from 7% to 3.5%. Graham responded by clarifying that the grocery tax only included food items.

“When you go into the grocery store, for example, you might buy a ham, and you might buy a cooler for your Coca-Cola or beer or whatever you drink. The cooler is not a grocery, the ham is,” Graham said. He concluded that the state grocery tax brings in an estimated $400 million in annual revenue. At 7%, Mississippi has one of the highest rates of grocery tax in the nation.

“The sales tax tends to be considered regressive because it takes a bigger portion of an individual’s income who, say, is making $30,000 a year than it does an individual who is making $50,000 a year,” Miller said. “So that’s the basic concept behind regressivity and taxes.”

Miller broke down the basic tenets of tax policy as having five principles: (1) raising Adequate Revenue, (2) neutrality, (3) fairness, (4) ease of administration and compliance, and (5) accountability.

It is the third principle, fairness, which brought scrutiny over the nature of the proposed regressive tax reform. “Most policy makers and analysts oppose regressive taxes in which the rate of taxation decreases as an individual’s income increases,” Miller said.

Miller went on to explain that in his opinion, general tax policy has little to do with the actual health of a state’s economy.

“Changes to state taxes in Mississippi are likely to have marginal effects on economic growth, employment and population,” Miller said. “While the structure of the changes will determine the welfare effects of tax reforms on any particular income group, the overall effects to the state economy nevertheless likely will be very modest.

“The national economy is the single most important influence on the economic environment of a state,” Miller said, citing a 2014 joint Harvard and Texas A&M study. “I believe this conclusion is particularly true for a state like Mississippi with a relatively small economy.”

In contrast, Miller cited studies showing education and infrastructure as spending priorities that can have an impact on economic growth.

“Mississippi’s current tax system is regressive,” said Kyra Roby, an attorney and policy analyst for One Voice, a nonprofit group focused on public policy and advocacy for disadvantaged groups.

“The state’s regressive tax system adversely affects its ability to raise revenue, contributes to the disinvestment of our local communities, and worsens existing inequalities amongst the state’s residents,” Roby said at the hearing.

In her remarks, Roby advocated against regressive tax reform, in which Mississippi’s poorest and most vulnerable would shoulder more of the state’s financial burden, while advocating for various proposals to help uplift the state’s disadvantaged communities.

“Taxes alone will not boost our economy,” Roby said. “State tax policies are but one of many factors that determine the actual economic growth of state economies.”

“The national and international economy, a state’s natural resources, the education of its workforce, the proximity to major markets, and the mix of state industries are among the major factors that determine the growth of state economies,” Roby said, citing a report from the Center on Budget and Policy Priorities.

Roby also cited an Aug. 25 study from the Institute on Taxation and Economic Policy throughout her testimony. The ITEP study calls Gunn’s proposal “misguided” and that Mississippi does not have the natural resources or tourist attractions which make up for state revenue shortfalls in other states, such as Texas and Florida.

The ITEP study also cites other southern states as being poor models if Mississippi does not wish to enact regressive tax policies. Tennessee eliminated that state’s income tax, yet ITEP says the “poorest 20 percent of residents pay significantly more of their income in state and local taxes than any other group in the state.”

If the proposed income-tax removal and sales-tax increase are enacted, the poorest 20% of the state would pay an extra $200 in taxes while the top 1% of taxpayers would save more than $28,000 annually, in addition to hurting seniors on fixed incomes, who do not pay income tax but do pay consumption taxes.

In contrast to Gunn’s regressive tax reform, Roby proposed progressive tax policies such as reinstating corporate, wealth and estate taxes, as well as strengthening the income tax instead of eliminating it.

“There are common-sense, effective tax policies that will help us raise revenue, help working families and promote equity in Mississippi,” Roby said.

“Taxing wealth to ensure that the state’s wealthiest individuals pay their fair share, strengthening, not eliminating the state individual income tax, reinstating the corporate tax and estate tax, expanding the sales tax base to include internet businesses and travel companies, implementing tax credits, including the creation of a refundable tax credit, earned income tax credit and child tax credit.”

Roby also voiced policy alternatives such as expanding education and Medicaid, eliminating fines and fees, and enacting a state equal pay law as measures to help lift up everyday Mississippians.

“These policies alone are unlikely to cause the economic boom that we all hope for, but they would at least lead us in the right direction,” Roby said.