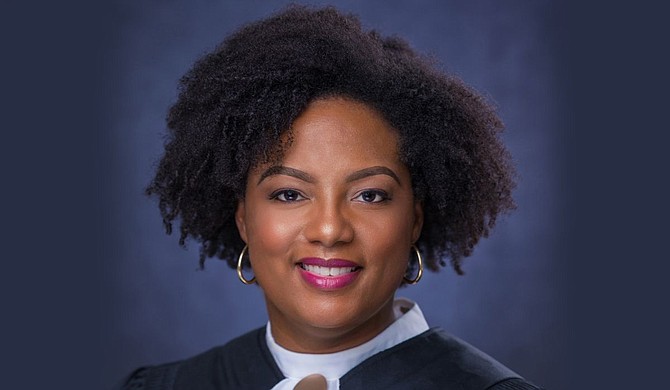 Carlyn Hicks was elected Subdistrict 1 Hinds County Court Judge at a special election on Tuesday, Nov. 2, 2021. She defeated Greta Harris, getting 55.53% of the total votes from the 35 precincts in the subdistrict. Photo courtesy Carlyn Hicks

Carlyn Hicks defeated Greta Harris at the special election on Tuesday, Nov. 2, for Subdistrict 1 Hinds County Court Judge. Based on the unofficial result released Tuesday night, Hicks received 55.53% of the total vote cast with the complete 35 precincts reporting, Harris got 43.95%.

In a Facebook post on Nov. 3, Hicks thanked her voters and supporters. "I remain humbled by the support that I have received and will diligently continue to serve all of Hinds County as a fair and impartial member of our judiciary with the utmost integrity," she wrote.

The Hinds County Sheriff and Hinds County District 5 Constable special elections, which also took place yesterday, will head to runoff as no candidate crossed the 50% threshold to preclude a runoff election on Nov. 23.

Based on unofficial results, Interim Sheriff Marshand Crisler led the 13 sheriff candidates after reporting from 106 out of 108 precincts, with 10,111 votes (31.03%), followed by Hinds County Sheriff's Office's Investigation Division Captain Tyree Jones with 7,869 votes (24.15%). The two will go head to head in the runoff election scheduled for Tuesday, Nov. 23. The position became open after Lee Vance died in August, after testing positive to COVID-19.

"The voters made their choice apparent this evening; they wanted someone who could take this job to the next level," Crisler said yesterday, The Clarion Ledger reported.

In a Facebook post today, Jones called on his supporters to continue working hard toward the runoff election. "I look forward to continuing to connect with the people and gather more support as we move forward," he wrote.

"So we will get those in tomorrow (today)," she said. "The results are still unofficial right now; we have 10 days until we have to close the polls out." A total of 853 absentee voters came in, with more expected.

"It was a low turnout, so we just hope that everybody will come back out Nov. 23 to cast and vote," Brown added.

The special election for District 5 constable will also head for a runoff on Tuesday, Nov. 23, featuring Beverly Green and Juan Cloy. Green garnered 1,365 votes (27.19%), and Cloy followed closely with 1,153 votes (22.97%), according to the unofficial result from the 25 precincts in the district released yesterday. Bennie C. Buckner resigned from the post in August, and the Hinds County Board of Supervisors appointed Demario E. Benson in the interim on Aug. 16.