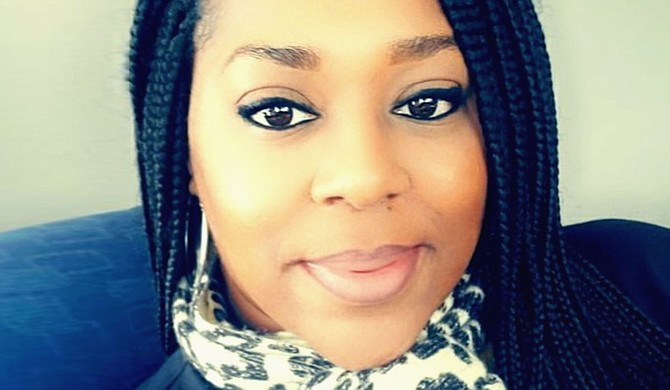 Solid Waste Division Manager Lakesha Weathers has been with the City of Jackson for 22 years and has been in the solid waste division for 11 years. In this Feb. 16 interview, she discusses the crisis of illegal dumping in the city, who is responsible for it, and how she plans to solve it, which she said involves ramping up educational campaigns. She explained that her finding shows that private contractors are involved in illegal dumping in Jackson.

How many people do you have as environmental enforcement officers?

We have one enforcement officer.

What is the role of that enforcement officer?

They go around (and) do dumpster enforcement on properties like the gas stations, some apartment complexes. They do investigations. Let's say they find illegal dumping locations, that enforcement officer takes the debris and he goes through it to see if we can find any addresses, business names, phone numbers, anything like that. And then once he finds that information, we send them letters of notification, letting them know that this material was found at this illegal dumpsite, let them know the consequences or their responsibility, any fine associated with that debris removal. The best that he does in that role is send out a warning or enforcement letter after he finds the responsible party if he finds debris in the illegal dumpsite.

What do you think you need in your department to be effective?

One thing we definitely need (is) enforcement rights so that when we catch people, when we identify people at these illegal dumpsites, (to be able to) go out and ticket people, and actually fine them. Right now, we're only able to send them a "threatening" letter (laughs). We need to be able to enforce that.

How will you get the enforcement powers?

When you spoke to the city council on Feb. 2, you said you "assume" that some illegal dumping is by outsiders. Can you talk more about that?

When you find out that it's coming from outside of Jackson, what did you do?

Well, we reported to the Jackson Police Department. We let them take over at that point now. What happens after that? I can't speak to it. But once we catch those people or once we get that information, we turn that over to JPD.

If someone finds a place full of trash illegally dumped, maybe along the road, or in a secluded area of town, what should the person do?

That person should contact us. Once they contact us, we're sending out our inspectors to see where it is. Now, it depends sometimes where it is. If it's on the side of the road, nine times out of 10 that is something that we can get, but a lot of times, people call and report illegal dumping on private property. We do not typically do debris removal from private properties. That's usually up to the property owner. So, if they do see illegal dumping on the side of the road, they'll contact us, and we'll go out and do the removal and the investigation if we can find who's responsible for dumping the material.

We do ask the residents that if they see people in the act of dumping that they call the police department first because they are the ones that can actually arrest or ticket that individual for that illegal activity. Most of the time, what people do is they'll see it, observe it, and then they'll contact us after the fact, which just doesn't help because you hadn't actually caught the person who's dumping. If they can't see them in the act of dumping, they (still) need to contact the police department first, and then they can contact us, and we will handle the debris removal.

So, if you have a tag number of a vehicle, should the person witnessing the activities report to the police?

Yes. They need to contact the police department to report that. If they have pictures, videos, tag information, description of the vehicle or the person that would be helpful to get that information to Jackson Police Department so they can track that person and see about arresting or fining or whatever will come next.

You told the city council about educating people on the right kind of behavior. Can you talk about that?

We are in the process of developing an anti-litter campaign and an illegal dumping campaign. I am working with city leaders and some other outside interests to see the best way to get this message out to the people. I think that there are several residents in Jackson who don't know of all of the other debris-disposal options that we offer because the things that we see around the city, like mattresses and furniture and things like that, people just need to know, you can simply put that to your curb and it will be collected. So, we're working on some different things to get that information out. I think the easiest thing to do would be to do a mailing campaign, which is something that we'll want to start working on to send the message out to the residents.

We are working to develop a visual campaign in hopes of getting the residents more involved in cleaning and beautifying their city and their community because we can't do it without their help. You know, there's no way to keep Jackosn clean without residents' participation.

Do you have a target time that this plan will be on stream?

We had a meeting last week to develop a timeline. The first piece of it, which is the easiest part, like I said, with the mailing letter campaign and just doing community participation cleanup, stuff like that. That's the easiest part. That'll start in April.

You mentioned the curbside disposals. What are the options would you like the people to know?

The city of Jackson has a rubbish field at (6810 Interstate-55 S. Frontage Road) Byram. Residents can take demolition debris and vegetative debris; anything can be disposed of there except for paper, plastic, cardboard. We also offer free roll-off dumpster days for residents. We have that every second Saturday of the month; the location does rotate around the city to allow different wards, different communities easier access. That information can be obtained on the (city) website as well as calling our offices at 601-960-1193 for more information.

We also have don't-dump programs; residents can place some items on their curb, on the (collection day) it'll be collected, like furniture, mattresses, different large items. We have white litter days. On Wednesdays of every week, we collect white goods, which are considered your appliances, refrigerators, water heaters, washers and dryers, things like that. And we'll also collect up to five tires at your curb on that same day, and residents would also need to contact the office; residents would also need to contact the office Tuesday prior to 3 p.m. on Tuesday to be placed on the list for their collection. So, we do have multiple disposal options for the residents of Jackson to utilize. We probably don't have to have the illegal dumping that we have in the city.

How much will it cost them to use all those services you just mentioned?

You said in your testimony before the city council that you have dumpsters, but you don't have operators to bring them out. Can you explain that?

We're working on getting someone hired now. Hopefully, we will have someone hired in the next few weeks, but we currently don't have an operator to drive that truck, yet the city owns 18 roll-off dumpsters.

Why don't you have an operator for the truck, because I think it would make your job much easier, right?

We had an operator to operate the trucks. That operator recently retired. He actually retired in January of this year. And it's not as simple as just going out and hiring someone that, I mean, that's a heavy-equipment operator position. If you would check our own website, there are several heavy-equipment operator positions posted, but it's not as simple as picking someone and hiring them into those. So, we're working on getting someone hired into that position currently.

It seems you have staff shortages.

Yes, we do have shortages in staff.

How many people do you have?

Currently, I think I have overall 17 employees. To have an effective or efficient debris program, I would need up to 30 to 32 employees. Right now, for litter removal in the city of Jackson, we would need a crew of at least 12 to 15 people. Whereas now we have a crew of four. We are limited in staff right now, which is causing some delays or limitations on debris removal around the city of Jackson.

Why couldn't you fill those positions?

Talk about your funding sources.

Our department currently has three (funding sources) through Mississippi Department of Environmental Quality. The first one is the Household Hazardous Waste (grant we use) to operate an Environmental Service Center at 1570 Terry Road, where residents throughout the county area can bring and dispose of their hazardous waste for free, which are paint, oils, gas, different things (like) fluorescent light bulbs, batteries. We have a waste tire grant we use for waste tire collection around the city. There are several illegal dumpsites for tires. So when we collect those tires and dispose of those, we use that (grant) to help cover the cost or assist with the cost of tire removal. And then, we also have a waste planning grant that we have that we are using to help us do a comprehensive update for the solid waste management plan.