Jackson Water Suffers More Setbacks: ‘Today Was Not a Good Day for Us’ 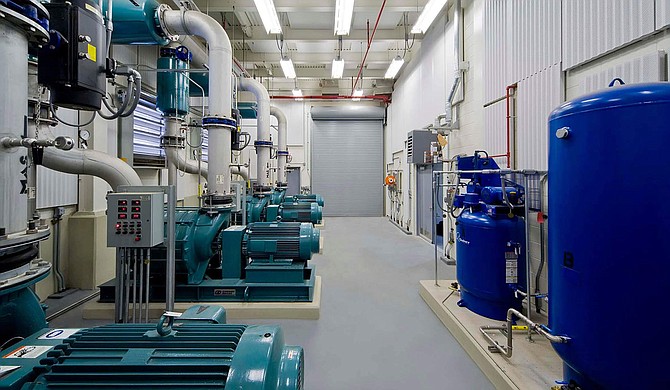 Water pressure around Jackson suffered setbacks yesterday due to issues at the O.B. Curtis Water Treatment Plant. “Today was not a good day for us,” Jackson Public Works Director Charles Williams said Wednesday via the City of Jackson’s Facebook page. “We made some very good gains this week so it’s very disappointing to see the screens go down today, but that’s part of the process.”

City officials shut down part of the plant due to debris blocking raw water screens, which filter water coming in from the Ross Barnett Reservoir. Officials called in outside contractors to clear out the blockages, while also dealing with an electrical issue.

“The good news is that the raw water screens are now functioning, the plant is now back online, and water is flowing again. Now, we just need to build pressure back up and recoup the lost gains from earlier this week,” a Wednesday City of Jackson press release stated.

Jackson officials estimate that 25% of Jackson’s 43,000 water connections could be experiencing little to no water pressure, while 64 water breaks have been repaired out of 100 reported so far. Williams had aimed to hit a water pressure of 90 pounds per square inch, or PSI, but as of last night it was nowhere near the goal.

“Our pressure is somewhere around 50 to 55, which is not good,” Williams said.

“I think that also betrays an issue that's been going on for a while when we talk about our water infrastructure and how it is aging and how a lot of our water distribution lines need to be replaced and upgrades that need to be formed at the plant,” he added.

Jackson will require a massive increase in funding to fix its aging infrastructure and unreliable water mains.

The City of Jackson requests limited water usage throughout Jackson while work is still underway. “Limit water usage to the necessities. Conserving water will allow fellow Jacksonians to get back online faster,” officials said. Anyone with a report of water main break or leak should dial 311, while water-meter questions should be directed to 601-960-0762 or 601-960-0761.

A full list of water-main breaks may be found here, where more information is available for those who may qualify for a leak adjustment to their water bill.

Non-potable water distribution continues today from 9 a.m. to 6 p.m. this evening. The list of locations for today is as follows: