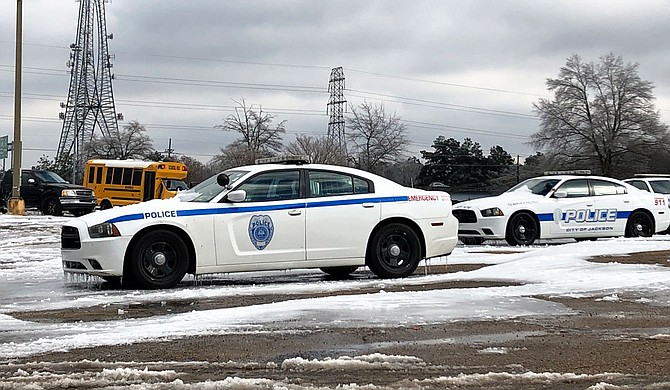 Jackson slowed to a standstill as the February storm moved in, and then stayed. As March began, residents and businesses were still suffering. Photo by Kristin Brenemen

Robert Sulton has lived in south Jackson since 2007, when he and his wife built their home just north of Byram. They had experienced power outages and boil-water notices before, but none as bad as the last two weeks of February 2021.

"I guess you take a lot for granted when you have water to just be able to turn on the faucet and see the water running or do whatever, but when you don't have it, I mean, it's a humbling experience," Sulton told the Jackson Free Press. "It really is." 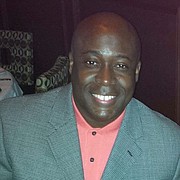 Robert Sulton counts himself lucky compared to some of his south Jackson neighbors, as his toilets still flush. He serves as the president of his neighborhood association and has helped distribute water to neighbors in need. Photo courtesy Robert Sulton

Sulton was one of many south Jackson residents who would be without water for the better part of February, when a winter storm battered the state for days.

On the night of Feb. 11, temperatures in Jackson plummeted to freezing, and then they stayed that way. For the next nine days, Jackson stood still through bitter days and frozen nights. As the cold lingered, city infrastructure incurred increasingly alarming damage.

Left without water, Sulton explained his frustrations and hopes with the city. He has lived in and around Jackson since 1985, when he moved here to attend Jackson State University. He has moved around the area since then, but built his home in south Jackson in 2007, nearer to Byram but still within Jackson.

But Sulton's frustrations are not just about water.

Before the storm, Sulton and his entire neighborhood had to deal with the smell of sewage coming from what amounted to a drainage ditch that reeked like a sewage tap near their homes.

They breathed the putrid air from the fall of 2020 until recently before the winter storm hit, though Sulton is not sure if the problem might creep back up when temperatures rise.

He and his wife first lost most of their water pressure on Feb. 16, and power the next day. Their power outage lasted until Feb. 20, but as of March 2, they, like many Jackson residents, did not have working faucets or safe water.

Sulton counts himself lucky compared to some, because he is able to stay at a hotel when necessary. "It's very frustrating, he said. Even with the ability to stay at hotels, their lives are disrupted.

Still, Sulton has hope for Jackson.

"It's kind of glaring that the area of the city with water is the area that the City has continually focused on and that's out north, and then the area that's been neglected is the areas that are suffering right now. So hopefully, hopefully, these spotlights will help to change some things."

'I Owe You Honesty'

Mayor Chokwe Antar Lumumba held numerous press events to relay the status of repairs in the city as they happened. "I owe you honesty," Lumumba said on Feb. 18. "I owe you the truth so that we can prepare for how we manage through this winter emergency."

Even as the mayor explained how workers were clearing away tree limbs and repairing power lines, he could not give an estimate of when water might return to the city. "We do not have a definitive timeline as to when the water will be restored within the tanks," Lumumba said. "Only to tell you that we are continuing to pump into the tanks and we are continuing to try to recover within the water system."

Robert Sulton lived around the greater Jackson area before building his home in south Jackson in 2007. The area’s higher elevation may be contributing to residents’ continuing lack of water pressure. Photo courtesy Robert Sulton

As the days wore on, Lumumba and Jackson officials announced various locations for water giveaways, which are still ongoing as of press time. Non-potable water was available at fire stations around the city, and drinking water is distributed at various times and locations daily.

Even the New Orleans Pelicans basketball organization was sending two truckloads of water to Jackson after a tweet from Jackson author and superfan Angie Thomas.

"We understand our residents' frustration, I understand that most people don't care how a watch works," Lumumba said in a Feb. 22 press briefing. "They just want to be able to tell time."

Ward 3 Councilman Kenneth Stokes, who had endorsed Lumumba for his first term, took aim at the mayor's response, accusing his administration of being too slow to respond to the crisis and calling for faster action in distributing reserve water tankers. For his part, Lumumba defended his actions, calling the storm an "act of God."

As the winter storm swept the country, it exposed infrastructure vulnerabilities in cities across the South.

Public Works Director Williams, who had worked with Jackson's infrastructure for 19 years before accepting his current leadership post, described the history and issues surrounding Jackson's and the country's, aging infrastructure in an interview with the Jackson Free Press on Feb. 28.

In addition to unreliable and, for now, unsafe city water mains, older residential piping may still harbor a more insidious contaminant—lead. The question of lead contamination in Jackson water remains year after year, arising especially when treated city water contains a certain chemistry capable of wearing away old lead joints in residential piping, as happened in 2016.

In that year, the alkaline levels raised concerns that treated city water may chemically melt the mineral coating on lead parts in older homes. This is the same type of alkalinity issue that arose in Flint, Mich., when that city switched water sources.

In Jackson, the majority of tested homes did not have actionable levels of lead, or more than 15 parts per billion. City officials did, however, warn that children and mothers-to-be should avoid drinking tap water until the City resolved the alkalinity issue.

Unless funding is increased for broader sampling, however, residents must make do with a do-it-yourself test kit. These kits are $15 to $20 and may be purchased from the Mississippi State Department of Health Public Health Laboratory by calling 601-576-7582 or from Micro-Methods Laboratories at 228-875-6420. The cost pays for the kit, shipping and lab results, which will take two to four weeks to return.

How to Pay for It?

"I hope that after this winter storm, and we've seen the impact from Texas all the way to Mississippi and the number of residents that have suffered from a water outage, I think it shows how vulnerable our infrastructure system is and how important it is for us to have funding available to make these critical upgrades," Williams said Feb. 28.

As of yet, no discussions are happening between the City of Jackson and the State Legislature to resolve the water crisis, Lt. Gov. Delbert Hosemann confirmed on March 1, indicating that it was the City's responsibility to ask for help. "Any additional resources that we can get to help address our infrastructure problems I think it's a win-win for our citizens," Williams said.

Mayor Lumumba has repeatedly named $2 billion as the cost of repairing and upgrading Jackson's century-old infrastructure, but Williams says calculating an actual cost may be more difficult.

"That depends on where you would disperse those funds," he said. "You've got to remember that you've got different infrastructure systems. You've got drainage issues throughout the city.

You still need funding for roads. And then you've got your utilities on water and sewer.

"So It's very hard to put an exact number on that because when you look at a city of Jackson's size and looking at all of those different infrastructure systems. You would have to look at them each independently and how you want to address them and then determine what kind of cost it would take in order to do all of them separately."

Williams hopes federal funding will soon become a boon instead of a roadblock.

"We hope in this new administration that they will provide more infrastructure funding to the state and ultimately to municipalities like Jackson," he said.

"We need federal assistance in order to assist us, and then we hope that at some point a true infrastructure bill will be provided and the city will become an opportunity to benefit from some of that funding."

For now, Jackson must wait for the all clear as repairs are completed, and the City awaits a negative test for water contamination.