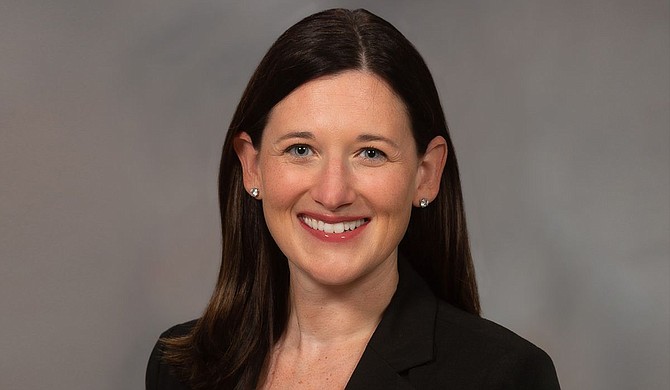 Millsaps College recently named Megan James, who has served as alumni engagement associate at the University of Mississippi Medical Center since 2016, as its new dean of students. James assumed the post on Monday, June 21. She is taking the place of Demi Brown, who has accepted a position as associate vice president for student life and dean of students at Trinity University in San Antonio, Texas.

In her new position, James is in charge of managing and supervising Millsaps' student programming, including student government, orientation, college retention programs and the campus' Wesson Health Center.

"The most important part of what I'm doing now is to both challenge and support students coming into college," James says. "Taking into consideration the interests and passions of new students is critical in how we can help them seek careers."

James was born in Clearwater, Fla., and graduated from John Carroll Catholic High School in Birmingham, Ala., before enrolling at Millsaps. She received a bachelor's degree in psychology from Millsaps in 2004 and a master's degree in higher education administration from North Carolina State University in 2007.

During her time as part of Millsaps’ faculty, James received the Jack Woodward Award for Outstanding Student Life Administrator and the W. Charles Sallis Award for Distinguished Service. While attending NCSU, she undertook her graduate assistantship at the University of North Carolina at Chapel Hill from 2005 to 2007.

After graduating from NCSU, James returned to her alma mater to take a position as assistant director of campus activities in 2007. She also served as director of Millsaps' First Year Experience program and the fraternity and sorority life program before taking a position as assistant dean of students for campus life, which she held until she went to work for UMMC in 2015. As UMMC's alumni engagement associate, James was responsible for managing annual events and meetings for all UMMC's school divisions, such as the schools of medicine, dentistry and nursing.

From 2010 to 2013, James also served as a secretary to the Board of Directors for the Bethlehem Center, a Jackson nonprofit that helps people in need by providing services such as affordable childcare and tax assistance.

Since 2020, James has served as international fraternity president of Delta Delta Delta sorority. She also volunteers with St. Andrew’s Episcopal School’s parent association, the Arts on the Green Steering Committee, and is a room parent and grade coordinator at St. Andrew’s.

"From the beginning I set out to pursue a career that would focus on ethical and social responsibility in a diverse world," James says. "I knew that education would be the best way for me to meaningfully engage with students during a crucial time in their lives."

James' husband, Ricky James, is a United Methodist pastor and fellow Millsaps graduate. The two have been married since 2007 and live in Ridgeland with their two children, Henry, age 10, and Catherine, age 7.