Changes and Honors at JSU and UMMC 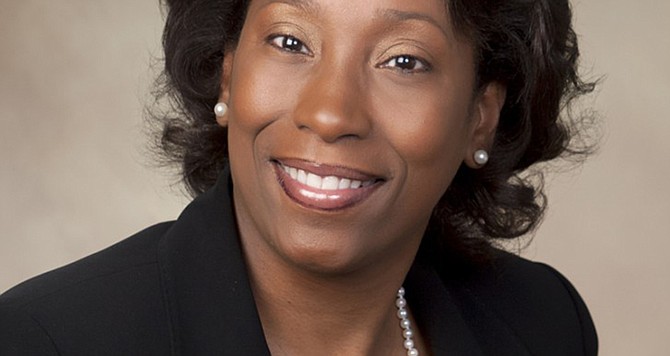 Jackson State University has made a number of changes to its administration for the beginning of the fall term. The university named Debra Mays-Jackson as its new vice president and chief of staff, Veronica Cohen as the new vice president for institutional advancement and external affairs, and Maxine Greenleaf as the executive director of the department of communications and marketing.

Mays-Jackson will manage JSU's department of public safety, which involves campus police and emergency services; student affairs, JSU's Title III grants; and more. She previously served as the first woman vice president at her alma mater, Hinds Community College in Utica. She graduated from HCCU with an associate's degree in music education with an emphasis in piano performance in 1989. She then enrolled at Jackson State, where she earned a bachelor's degree in music and piano performance in 1991, and a master's degree in music education in 1993.

Cohen formerly served as associate vice president of major and planned gifts at Claflin University in Orangeburg, S.C., and vice president of university advancement at Mississippi Valley State University. She received her bachelor's degree in business administration from Saint Augustine's College in Raleigh, N.C., in 1977, and her master's degree in community counseling psychology from Springfield College in California in 2009.

Jackson State University will induct seven former athletes during its 30th Sports Hall of Fame banquet ceremony on Friday, Sept. 22. This year's ceremony, which begins at 6 p.m. in the Student Center Ballroom on the main campus, will honor athletes in baseball, football, and track and field.

The University of Mississippi Medical Center held a ribbon cutting for the new UMMC Community Care Clinic in the Humphreys County Sherrill Building (16463 Highway 49 N., Belzoni) on Aug. 29. The after-hours acute-care facility will cater to underserved citizens in the Delta when it begins seeing patients later this fall.

UMMC partnered with the Humphreys County board of supervisors to establish the new clinic, which includes a classroom for community education, a fitness area and a walking trail. Nurse practitioners and nurses will provide care from 3 p.m. to 11 p.m. on weekdays, and from 10 a.m. to 6 p.m. on Saturdays and Sundays.

The walk-in urgent-care clinic won't offer primary care because Belzoni has two primary-care clinics that close at 5 p.m. on weekdays. Instead, it will offer services for non-life threatening acute illnesses and injuries that don't require an emergency-room visit, including short-term pain, headaches, cough, minor injuries, fever and rashes.

UMMC's facility will use telehealth services to connect patients to specialty care at its main clinic. Telehealth allows doctors and other health practitioners to treat patients remotely using streaming technology and other tools for two-way live communication.

The classroom space will eventually serve as a distance-learning education site, focusing on medical education and training for health-care professionals and medical students in the Delta area. UMMC will also educate patients on chronic health conditions and how to manage them, as well as nutrition, weight management and medication management.

The Medical Alumni Chapter and the Office of Alumni Affairs at the University of Mississippi Medical Center gave Dr. Helen Barnes, Professor Emerita, the 2017 Hall of Fame Award at its annual awards dinner on Thursday, Aug. 10.

Barnes joined UMMC's obstetrics and gynecology department in October 1969, and when she started at the hospital, she was one of the first African Americans to practice medicine in the state of Mississippi. She began as an assistant professor and became an associate professor in 1974. The Group on Women in Medicine and Science also honored Barnes with the inaugural Helen B. Barnes Diversity and Inclusion Award on June 20, 2017.