Vaccine Hesitancy ‘Pitiful,’ Dobbs Says As Hospitalizations Up for Under-40 Residents 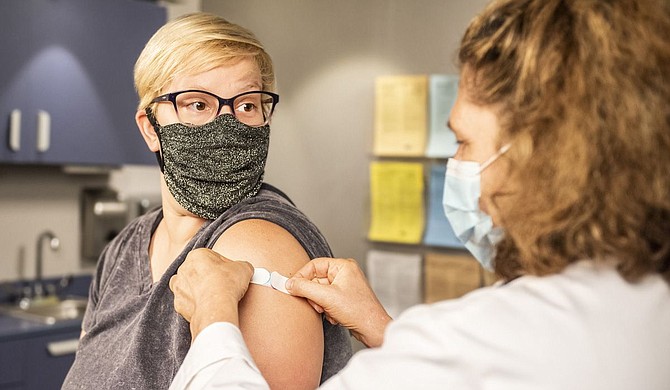 Vaccine supply has outgrown demand in Mississippi after 936,989 residents have been fully vaccinated so far. Hesitancy among younger residents has caused a dramatic decrease in vaccine rates in recent weeks, leading to fears that more dangerous variants could increase cases and deaths. Photo courtesy CDC on Unsplash

COVID-19 hospitalizations among younger Mississippians have increased in recent weeks, due to low vaccination rates compared with the state’s older population. In a June 11 press briefing, officials from the Mississippi State Department of Health explained how hospitalizations are increasing even as general cases trend downward.

“Although we've done a pretty remarkable job at getting vaccination out to our folks 65 and older that have been our most vulnerable, we still have a lot of opportunities to get folks vaccinated,” State Epidemiologist Dr. Paul Byers said. “We need to get those younger folks vaccinated, especially the individuals who are under 50.”

Hospitalizations for patients under 40 are increasing due to vaccine hesitancy, while Byers said those over 65 have experienced “drastic drops” in hospitalizations.

“We've seen the impact of vaccination in those older folks, but what that means now is that the proportion of the younger folks that are hospitalized is going up because we just don't have the same level of vaccination among them,” Byers said.

Byers singled out health-care operations, especially those in long-term care facilities, in emphasizing the need to push for further vaccinations.

“Honestly, I just cannot think of one single excuse that you would be working in a health-care setting and taking care of individuals, especially folks who are vulnerable, like in a long-term care setting and not getting vaccinated yourself,” Byers said. “We continue to see that even though the number of our nursing-home outbreaks has dropped, and that's great, we are still getting cases introduced from unvaccinated employees.”

Byers noted that recent LTC outbreaks have been from the South African variant of COVID-19, now known as the Beta variant. This variant is more infectious than the most common strain previously found in the state.

Mississippi lost 3,555 servicemen during World War II, compared to its share of national COVID-19 deaths of twice as many at 7,354.

“We're not asking a single person to storm a beach under machine-gun fire,” Dobbs said. “All you’ve got to do is walk into Kroger and get a shot. It's pitiful.”