Dobbs Say ‘We Need To Do Better’ on Vaccine, Reaching Latinx Communities 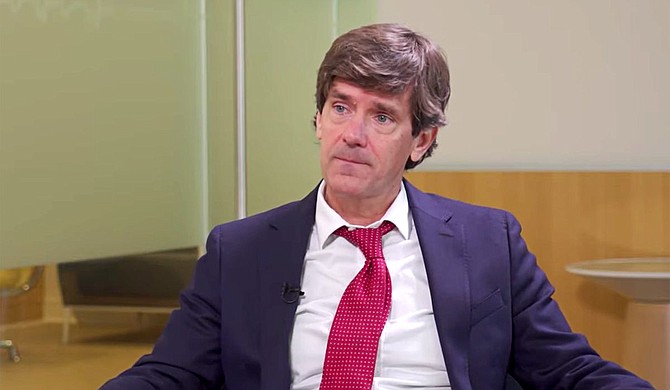 State Health Officer Thomas Dobbs has decried vaccine hesitancy and urged vaccination for those who qualify. He joined an online panel on June 7, 2021, to speak about progress the state still needs to make. Photo courtesy UMMC

Though almost a third of Mississippi’s population is now fully vaccinated against COVID-19, rates have sharply declined in recent weeks. State Health Officer Thomas Dobbs remarked on both the state’s progress so far as well as remaining challenges during a June 7, 2021, online forum organized by the U.S. Department of Health and Human Services.

“In some ways, we've done a pretty remarkable job getting folks vaccinated,” Dobbs said. “Now that's the good news, but we also know that Mississippi in the percentage of people who were fully vaccinated is lagging the rest of the country.

From February through April, more than 100,000 Mississippians per week were receiving vaccination doses. That number is down below 25,000 for the week of June 5, and weekly data now show the decline continuing. The state currently ranks among the lowest U.S. states for vaccination rate, along with much of the southern U.S.

Dobbs noted that Mississippi Department of Health drive-through sites have been a “remarkable success” and that other avenues for vaccination are available, including hospitals, pharmacies, clinics and community health centers.

Health Equity Going Well, But Not for Latinx Residents

In terms of health equity, Dobbs praised the Mississippi State Department of Health’s work in distributing vaccines to the state’s Black community.

“We're very proud of the health equity work we've done with vaccinations where 36% of all the vaccines that have been given have gone to African American Mississippians,” Dobbs said. “We know that in Mississippi almost 38% of the population is African American, so we're almost achieving balance based on our population.”

The same cannot yet be said of the state’s Hispanic community, who have received only 2% of total doses given despite making up almost 4% of the state’s population.

“We do have more work to do,” Dobbs said. “We are still lagging in the Hispanic community. We have many efforts underway trying to make sure that we reach more and more of our Hispanic brethren, but we're not going to give up, we’ve got a little ways to go.”

Vaccine Supplies in Danger of Expiring

As a result of vaccine hesitancy throughout the U.S., vaccine supplies are now in danger of expiring. The Centers for Disease Control and Prevention estimate that half of all Johnson & Johnson doses have gone unadministered. CNN reports that losses due to expiration have so far been minimal at 1% to 2%.

So far, 7,348 Mississippians have lost their lives to COVID-19, while 318,879 individuals have contracted the virus. With only a third of the population fully vaccinated so far, those still unvaccinated face potentially increasing threats as more infectious variants emerge.

“We're still losing people every day, and it’s sadder and sadder, because almost all of those deaths are preventable,” Dobbs said. “We have lost many thousands of lives in Mississippi, and we will lose more.”