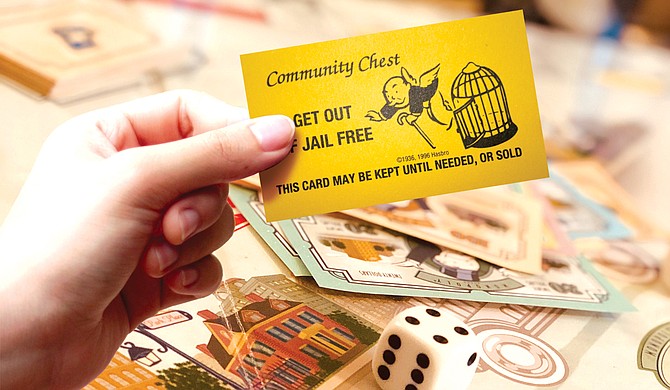 The Mississippi Supreme Court used a technicality, which lawmakers knew about for two decades, to overturn an initiative that should be moving forward. File Photo

Last fall, approximately 766,000 Mississippians voted to pass Initiative 65, which would have called for the Health Department to launch a medical-marijuana program in the Magnolia State by August 2021. With nearly two-thirds of the popular vote, the initiative marked a step toward progression in an otherwise socially stagnant state.

On Friday, May 14, the Mississippi Supreme Court ruled to pull the rug out from underneath its constituents: It overturned Initiative 65, effectively nullifying the many emotional and financial investments people have already made in the medical cannabis endeavor.

If you weren't aware, you may be asking yourself why?

Reports relay the message that the court's justices circumvented the voice of the people because Mississippi's initiative process is outdated. For some, this rationale, while disappointing, may sound plausible. Those who did not want the initiative to pass at all may see this decision from the court as a victory and thereby defend the supposed reasoning behind such action.

But let's frame this choice in its historical context. During the 1990s, Mississippi had five congressional districts. Thus, when Section 273 amended the Mississippi Constitution to allow the public an initiative process, the language dictated that initiative proposals receive one-fifth of signatures from each district. The Census in 2000 reduced Mississippi to four congressional districts, a mathematical technicality that attorneys latched onto when appealing to the state's Supreme Court earlier this year.

I have two issues with the Supreme Court majority's argument.

For one, in the two decades since Mississippi's initiative process became "outdated," legislators have proposed seven (seven!) bills to update the language of the Mississippi Constitution to accommodate the change in number. That makes seven times the people that Mississippians themselves voted into office refused let their voices carry weight.

Secondly, despite dissenters' claim that Initiative 65's passing would be unlawful because of the congressional numbers debacle, two voter-approved initiatives in 2011 went into effect without issue: one limiting the use of eminent domain and another requiring government-issued photo identification before voting.

Why, pray tell, did those petition-based initiatives go unchecked while medical marijuana got nipped in the bud? If this numbers issue is such a big deal, is the court going to retroactively invalidate those previous initiatives? It would only be fair.

Except that's just it. That's the operative word: fair. No matter how the bigwigs try to spin it, "fairness" is not the reason Initiative 65 has been impeded. Our leaders had the opportunity—make that seven opportunities—to remedy this situation before it became a problem. Their choice to not do so and to instead wait until this specific moment to invoke this deus ex machina seems intentional.

Like a player in a game of Monopoly, our leadership held onto this "Get Out of Jail Free" card until they felt it most tactical—and then used it to halt a change in law that a majority of other states have implemented by this point, a law that could help many suffering from conditions that cannabis has routinely proven it can alleviate.

With one Supreme Court decision, the chain of dominos have begun their collapse. Without a functional ballot-measure process, groups who have been campaigning to land other forward-thinking possibilities to upcoming statewide ballots will be forced to redraw their plans until two-thirds of lawmakers can agree to a constitutional amendment. Some officials like House Speaker Philip Gunn have suggested that an amendment could make it to the November 2022 state ballot, after which citizens can reignite their social efforts.

However, delaying the grassroots movements that Mississippi's civilian leaders have boldly set forth feels intentional. I mean, Mississippi is known far and wide for its eagerness to evolve and change, isn't it? Facetiousness aside, if lawmakers cannot settle on a renewed ballot measure, the citizen's voice will continue to go unheard.

And that's what this column is about—not medical marijuana, which has largely become a nonpartisan topic in recent years, but the will of the people. No matter where you stand on the issue of medical marijuana, or Medicaid, or other divisive subjects, if we believe in democracy, if we believe that the people's voice should carry weight, then we should push our leadership to tie up this loose end as swiftly as possible.

To the state's credit, a handful among our leadership have voiced that they believe the court should reconsider its decision or that they would approve of Gov. Tate Reeves calling a special session so that the Legislature could set the wheels in motion for a medical marijuana program sooner rather than later. But the proof of those convictions in our lawmakers as a whole will be in the pudding, as it were.

For the Mississippians who will play a role in the decisions ahead, I present a challenge in the form of a quote from H. Jackson Brown, Jr.: "Live so that when your children think of fairness and integrity, they think of you."

Leave the agendas at the door. Forget your individual opinions on political subjects. Respect your constituents and their constitutional right to propose ballot measures that reflect their often fervent wishes for this state that they choose to call home as much as you do. They want to make this state better, and they are willing to put in the efforts to build a stronger Mississippi. Are you?