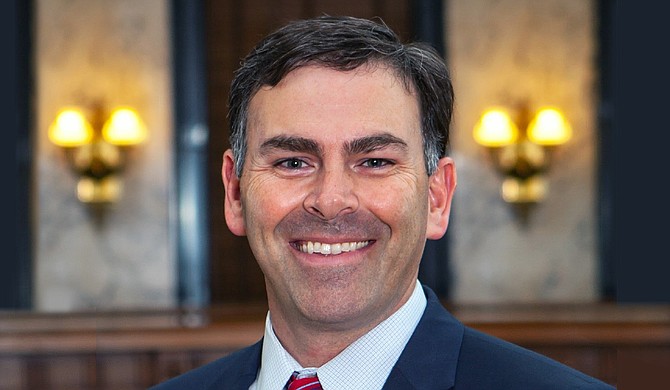 Secretary of State Michael Watson said that, instead, he wants Gov. Tate Reeves to call legislators into special session to revive both issues. Reeves has not said whether he will do so. Both men are Republicans. Photo courtesy Mississippi Secretary of State's Office

JACKSON, Miss. (AP) — Mississippi’s top elections official said Thursday that he will not ask the state Supreme Court to reconsider its ruling that invalidated the state’s initiative process and overturned a medical marijuana initiative that voters approved in November.

Secretary of State Michael Watson said that, instead, he wants Gov. Tate Reeves to call legislators into special session to revive both issues. Reeves has not said whether he will do so. Both men are Republicans.

In a May 14 ruling, a majority of justices said the medical marijuana proposal was not properly on the ballot because Mississippi's initiative process is outdated and unworkable.

Watson said in a statement Thursday that based on the 6-3 majority and the history that justices cited, he believes there's little chance they would reverse course.

“Rather than giving a sense of false hope and spending taxpayer dollars to no avail, I strongly encourage the governor to reconvene the Legislature in an effort to quickly preserve the will of Mississippians on a few important issues,” Watson said.

Watson said legislators should consider establishing a medical marijuana program. He also wants them to ensure two initiatives that voters approved in 2011 could withstand legal challenges. One restricts the government's use of the eminent domain process to take private property. The other requires voters to show government-issued photo identification.

Petitions for eminent domain and voter ID both used the initiative process that justices now say is invalid.

Mississippi requires initiative sponsors to gather one-fifth of their petition signatures from each congressional district. The process was put into the state constitution in the 1990s, when Mississippi had five districts. The state dropped to four districts after the 2000 census because of stagnant population, but the initiative process was not updated.

The state attorney general issued a legal opinion in 2009 saying initiative sponsors should collect signatures from the five old districts. In September 2019, then-Secretary of State Delbert Hosemann said the medical marijuana initiative qualified for the ballot.

Madison Mayor Mary Hawkins Butler sued the state days before the 2020 general election, arguing that the medical marijuana initiative was not properly on the ballot. Her attorneys argued that the constitution creates a mathematical impossibility: With four districts, more than one-fifth of the signatures must come from each. A majority of justices agreed in the May 14 ruling.

Butler opposed the medical marijuana measure because it would have limited cities' ability to regulate where such businesses may locate.

About 1.3 million people voted in Mississippi in November, and more than 766,000 of them voted in favor of the medical marijuana proposal, Initiative 65. That’s about 10,000 more residents than voted in November for then-President Donald Trump, who easily won in Mississippi despite losing his race for a second term.

More than 200 people gathered Tuesday near the state Capitol and the Supreme Court building to demand that Mississippi legalize medical marijuana. A majority of states already have a program.

“In talking with voters around the state, many feel as though their voices are not being heard," Watson said Thursday. "We work for them and should do all we can to honor their decisions at the ballot box.”