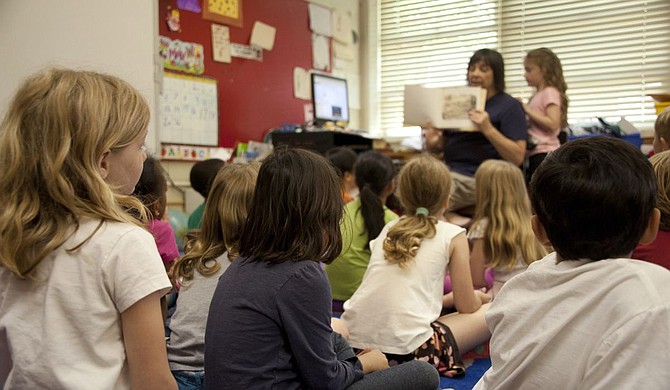 Mississippi educators will receive an average $1,000-per-year increase to their base pay starting this year. Mississippi ranks last in the nation for teacher’s pay. Photo courtesy CDC on Unsplash

Mississippi teachers can expect an average $1,000 increase to their base salary starting from July 1 of this year, depending on their teaching license and experience. House Bill 852 raised the minimum teacher’s salary to $37,000, a move State leadership praised in the months preceding the law going into effect.

“Advancing the teacher pay raise bill to the Governor’s desk was the right thing to do,” Lt. Gov. Delbert Hosemann said in a March 18 tweet. “Our teachers deserve a salary increase, particularly after their efforts on behalf of kids during the pandemic.

“It’s hard to imagine how difficult 2020/21 have been on our state’s educators,” Reeves said in a March 29 tweet. “But so many have stepped up and done what Mississippians do whatever it took to help MS kids! Today I signed HB852 to provide a much needed teacher pay raise! Our teachers deserve this - and more!”

More was indeed on the table during 2020’s legislative session, but pandemic-inspired fiscal worries stopped state legislators from enacting a pay raise last year. House Bill 1231 would have raised the minimum teacher’s salary to $40,000.

After passing the Senate’s revised version of HB 852 this year, House Speaker Philip Gunn, R-Clinton, lamented the failure of legislators to increase pay by a more substantial amount. “The Senate sent back an amended version of our original bill, which provides less money for certain teachers,” Gunn tweeted after passing the compromise bill.

Mississippi retains the nation’s lowest teacher’s salary at an average of $45,000 compared to the national average of over $63,000. In addition, actual wages for state educators has actually decreased over the past two decades.

Since 1999, real salaries for educators have decreased by almost 7% due to a combination of stagnant wages and inflation. Even this doesn’t tell the whole story, as educators routinely invest their own pay back into their classrooms, with reports indicating that educators can spend between $500 and $1,000 per year for supplies for their students and classrooms.