Dobbs: ‘Triumvirate of Disaster’ as COVID-19 Spreads Through Mississippi Schools 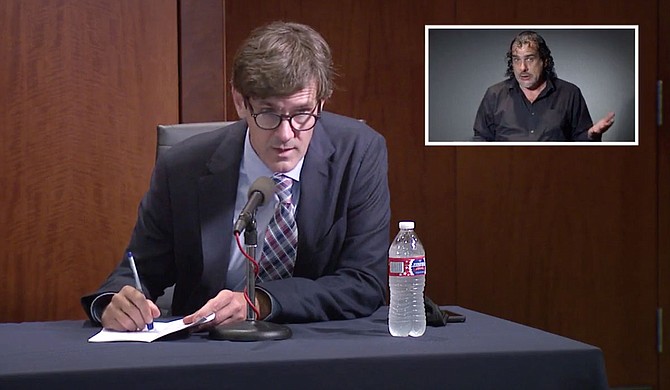 Mississippi's coronavirus recovery appears to be short-lived, with a “crush” of cases ahead due to school and college openings following a mid-August slump, State Health Officer Dr. Thomas Dobbs warned on Aug. 21. He predicted a significant reversal of the downward trend in September, as school and collegiate life collides with the realities of living with COVID-19.

"Schools, colleges and really, really bad judgment (are) coming together in a triumvirate of disaster," Dobbs said at the Friday press conference.

With Mississippi in the eye of the COVID-19 storm, between recovery and resurgence, Dobbs rescinded the order restricting elective procedures. “If you have elective surgeries that you want to get done for somebody, do them now,” he explained. He said hospitals are back to normal operation, thanks to extra caution in late July, but the trend will not last. Dobbs anticipates a "crush" following the spread from school openings.

Today, the Mississippi State Department of Health announced 801 new cases of COVID-19. Sixty-seven Mississippians died of complications related to COVID-19 in the newest, 23 of which were discovered in investigations of fatalities dating back to July 1.

School closures, partial and complete, continue to wreak havoc on the state's back-to-school plans. After the closure of Southeast Elementary School in Lauderdale County following a sudden outbreak among its teaching staff, Biloxi High School followed yesterday. There, 15 confirmed cases among students in the earliest days of the new semester led to 324 quarantines and a two-week halt to in-person classes.

As of Friday, MSDH still did not know the full measure of school outbreaks. State Epidemiologist Dr. Paul Byers explained that only around 450 of the state's 1100+ public schools had reported their data to the state health organization.

“I'm so disappointed in our parents," Dobbs admitted, "because a lot of the outbreaks we’re seeing at the high schools is because the parents are hosting parties. Senior parties, groups, spend the night parties, you know? I don't know why this doesn't scare people, but it's illegal.”

The state health officer voiced his own personal concerns as well. “I would never go to a ballgame right now,” Dobbs said. “If you're someone who's worried about it, don't do it. If you're someone who's not worried about it and willing to take the risk because there's that much value to your experience with that, do it understanding the risks to you and those you'll be exposing later on.”

But rampant community transmission threatens even the athletic plans for which Mississippi has risked so much. “It's going to cripple sports teams’ ability to play,” Dobbs said.

Dobbs briefly mentioned convalescent plasma, which President Donald Trump had announced as a breakthrough treatment for COVID-19 two days later. “It doesn't seem to be as helpful as we might have hoped it would be,” Dobbs said Friday. Federal Drug Administration Chief Stephen Hahn spoke highly of the treatment during Trump’s press briefing on Sunday, but has now backed off claims of a 35% reduction in mortality.