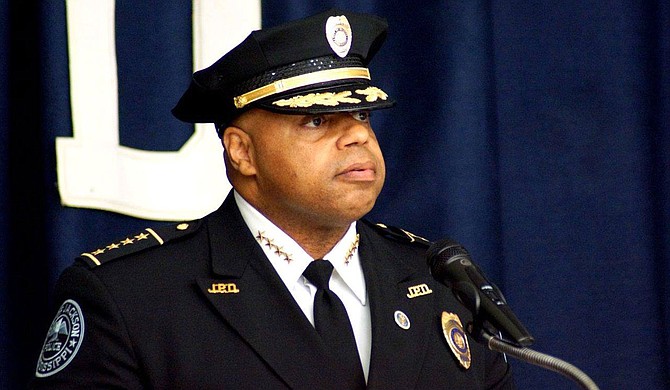 The Jackson Police Department made a second arrest six days after a group of people blocked Interstate 55 and had vehicles racing and doing donuts on the highway. This followed a juvenile turning himself in Saturday after Chief James Davis' press conference in his office addressing the situation. 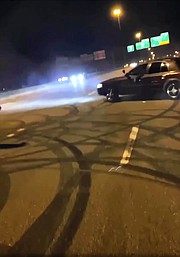 The police arrested the second individual Thursday after reviewing a viral video of the incident.

"Jackson Police have made another arrest related to the traffic incident on I-55 North," JPD Public Information Officer Sam Brown said in a statement. "After analyzing video footage that was posted on social media, the individual was identified, arrested and charged with Obstructing Traffic on the Interstate, Reckless Driving and Impeding Traffic."

"Officers increased patrol since that incident occurred," he added. "Investigators are still analyzing video footage, and more arrests are forthcoming."

Brown did not disclose the identity of two people already charged in municipal court for the incident.

"There are no steps that you can take (to prevent such from happening); people are doing this all over the country," the JPD spokesman said in an interview with the Jackson Free Press Friday. "They're doing it in Atlanta and doing it in Florida; they are doing it in New Orleans."

He said there were "about a mile" of backed-up vehicles on I-55 on the night of Jan.1, and the culprits dispersed after seeing police lights approaching

"By the time officers get to the scene, they're all gone," Brown said. "And they look up and see blue lights, but they get in their vehicle, and they just drive off."

He said the police do not have the exact number of individuals involved in the incident because of the way the video footage was shot. "So what we're trying to do is go through the video and identify people that we can identify as far as the license plate numbers of the tags that we can pull and identify those people."

Mayor Chokwe A. Lumumba and Davis jointly addressed the media about the issue Monday.

"We got a highway interdiction team that we (will) develop," Davis said about measures put in place to prevent a recurrence. "So I ask the citizens of Jackson, slow down in the city of Jackson. All over Jackson, we will enforce all traffic laws."

"We're going to make certain that there is a level of accountability for what has already taken place, and making it clear that this is not acceptable that you can't do this, and that is actively taking place,” Lumumba said. “Also, the police department has expanded its coverage of the highway."

Mississippi Highway Patrol said that the portion of I-55 where the incident occurred is in the city’s jurisdiction, and JPD is responsible for responding, WLBT reported Tuesday.

The mayor told the city council Tuesday that the police responded to the incident after receiving a call that wrongly indicated that an accident had occurred and so did not approach the site in opposite directions as a way to catch the perpetrators.

"And so that meant that the police department pursued the incident as if it were an accident,” he said. “Coming through the cars, they were unaware that it was a drifting, an intentional act, therefore they didn't come from the other direction in order to pursue them; at the time, the police department pursued based on thinking of it as an accident."

"It is important that we address these circumstances and make it clear that this is not something that can take place," he added.