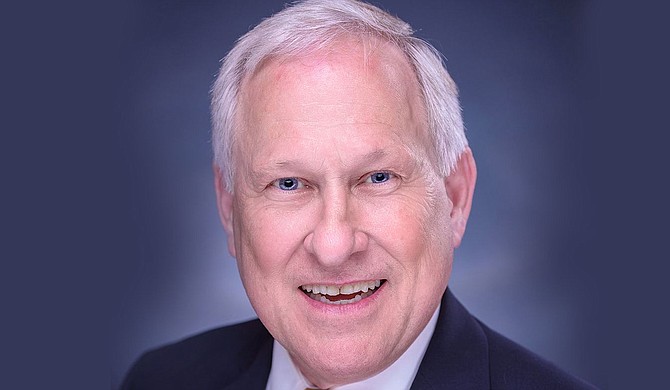 An exuberant round of applause greeted the announcement of $1 million towards the Russell C. Davis Planetarium (201 E Pascagoula St.) on Monday, Nov. 29, at the City of Jackson Bicentenary celebration opening event held at Thalia Mara Hall (225 E Pascagoula St.).

Immediate Past Community Foundation of Mississippi Chairman Jon Turner announced the donation from the estate of John and Lucy Shackleford, which they left to the foundation five years ago. Turner describes this as the largest donation from the Fund to date. "We sincerely hope that that will motivate others to join the project," he added.

The former chairman said that the Shackleford had indicated a desire for the revitalization of downtown Jackson. "They had expressed a dream to see downtown Jackson returned to (its) glory, the glory days of their youth where they met and walked the streets, and they were alive with entertainment and activity," Turner said.

"Our community foundation board designated that magnanimous gift to a Fund to support downtown Jackson, a fund that will be there forever."

Turner stated that proceeds from their Fund had gone toward the Mississippi History Museum, Mississippi Museum of Art, Arts Center of Mississippi, Mississippi Department of Archives and History, International Ballet Competition, Thalia Mara Hall, Greenwood Cemetery, and others in recent years.

The planetarium was closed to the public in April 2018 after a roof leak and consequent internal damage. Since then, it has been undergoing renovations, with a scheduled reopening date of April 2022, as part of the year-long City of Jackson bicentenary celebration.

The Jackson Free Press reported on November 2020 that planned updates to the planetarium include a new reception area and common space, augmented-reality exhibits and virtual-reality spacewalks, a large video wall, an expanded gift shop, a lunar landing-site exhibit, and new programs and events such as a Virtual Summer Camp that teaches STEAM—science, technology, engineering, art and mathematics—subjects.

Department of Human and Cultural Services Deputy Director David Lewis said that the planetarium is the capital city's bicentennial project at the Monday event.

On Monday, Mayor Chokwe A. Lumumba said that the City fashioned the bicentenary to be people-centered.

"As the mayor of the city of Jackson, it has been my pleasure for the past five years to watch the city grow in incredibly innovative and exciting ways," he added. "Like any city, our future is deeply rooted in our past for a deeper understanding of our history, and throughout the bicentennial celebration year, we will continue to focus on the individual stories of Jacksonians."

Visit Jackson President and CEO Rickey L. Thigpen announced the bicentenary website—200jxn.com, said that theme of the celebration is Homecoming and that the public should embrace the celebration logo unveiled at the event as theirs.

"This logo will serve as the 2022 official Jackson visitors' guide," Thigpen said. "We want to invite citizens to share your Jackson story."

"The easiest way to do that is to visit our brand new bicentennial website," he added. "There, you will find forums to help us learn about your story along with information on ways you can be engaged in this celebration."