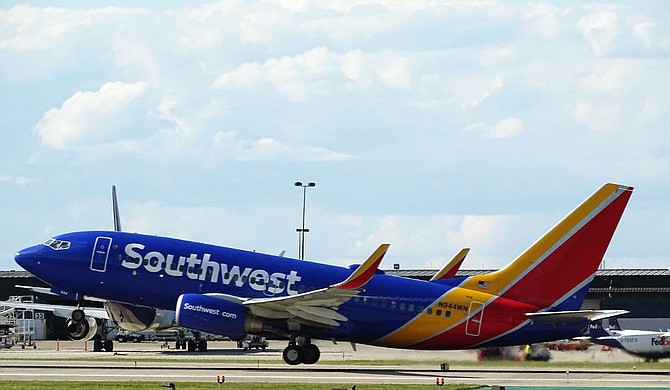 The lower-priced airline operated out of Jackson-Medgar Wiley Evers International Airport from 1997 until 2014 and plans to resume operations next year. Photo by Miguel Ángel Sanz on Unsplash

After a six-year absence, Southwest Airlines is returning to Jackson-Medgar Wiley Evers Airport in 2021.

“We are leveraging additional airports in cornerstone cities where our customer base is large, along with adding easier access to popular leisure-oriented destinations from across our domestic-focused network,” the company said in its third-quarter results press release.

The City of Jackson, which owns the airport, has suffered from limited airline service in recent years and now welcomes Southwest’s return.

“Southwest was an important part of Jackson’s flight offerings in years past, and we will welcome them back in true Jackson style,” Jackson Municipal Airport Authority Chief Executive Officer Paul A. Brown said in a statement today. “Metro Jackson and our state capital region will be well-served by the great customer service provided by Southwest.”

Jackson Mayor Chokwe Lumumba praised the announcement as beneficial to the city. “It’s great news for our city and great news for travelers throughout the region who have been missing access to Southwest’s accessible flights and low fares,” Lumumba said today.

“I want to applaud our team at JMAA for their hard work and vision. Jackson-Medgar Wiley Evers Airport has become a strong regional competitor, and Southwest’s return is the most recent evidence of their efforts. This expansion of service will make it even easier for the world to experience what the City of Soul has to offer.”

Southwest operated from Jackson for 17 years before leaving in 2014. The company had focused on smaller to medium-sized airports like Jackson’s, but then changed its focus to larger and more international markets.

In 2014, a 1979 federal law called the Wright Amendment expired. That law curbed competition to then-new Dallas/Fort-Worth Airport by barring nonstop service out of Dallas Love Field to anywhere but certain nearby states—including Mississippi from 1997 onward—which made Jackson an attractive location. Southwest stopped service when that law expired.

Now, however, Jackson is back on the map for Southwest. “We entered this crisis with the U.S. airline industry's strongest balance sheet and most successful business model. These additional service points on our map are low-risk opportunities we can provide customers now, all the while better positioning Southwest as travel demand rebounds,” the Southwest statement said.