Renovations and Other Efforts to Build a Better Jackson 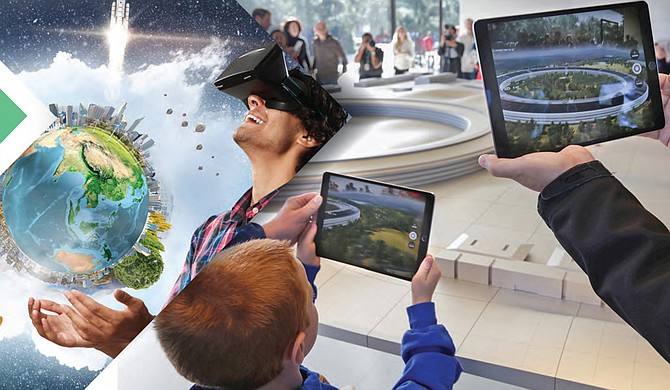 When the Russell C. Davis Planetarium reopens (projected date: April 2022), visitors will be able to use their phones and tablets to see enhanced versions of static exhibits, as well as display elements only visible via mobile platforms. Photo courtesy City of Jackson

Despite the setbacks that this year's pandemic has wrought, the Jackson metro continues to persevere and move forward, making progress all the while. Check out these updates on some of what has been going on in these last few months.

Jackson's Russell C. Davis Planetarium, which is currently undergoing restoration due to a roof leak and resulting interior damage that forced it to close in April 2018, opened a crowdfunding page in October to support the renovation effort.

The renovation is the first overhaul the City of Jackson has undertaken on the building in 40 years. The City plans to reopen the planetarium by April 2022.

Planned updates to the planetarium include a new reception area and common space, augmented-reality exhibits and virtual-reality spacewalks, a large video wall, an expanded gift shop, a lunar landing-site exhibit and new programs and events such as a Virtual Summer Camp that teaches STEAM—science, technology, engineering, art and mathematics—subjects.

The planetarium's crowdfunding campaign allows for contributions of $10, $35, $60, $75, $125 and $350, each of which comes with successive tiered rewards and merchandise from the planetarium. Each higher-tier reward includes all items from the lower tiers as well.

For more information on renovation  of the planetarium or to donate to the crowdfunding effort, visit yourplanetarium.com.

Formerly known as the King Edward Hotel, the building is listed on the National Register of Historic Places. Reopening as the Hilton Garden Inn in July 2020, the hotel contains meeting rooms capable of hosting groups of up to 300, which received new carpeting, lighting and window treatments as part of the renovations. The hotel's venue space also expanded to include a multi-function room on the ground floor.

King Edward Bar and Grille, the  hotel's bar and restaurant, upgraded its buffet area and added large-screen televisions in the bar. The restaurant serves made-to-order breakfast, lunch and dinner, and a selection of craft cocktails, wine and beer.

The hotel also offers complimentary Wi-Fi throughout the property, 24-hour fitness and business centers, valet parking service, and an indoor pool and whirlpool.

In light of decreased revenues due to the ongoing COVID-19 pandemic, Visit Jackson and Downtown Jackson Partners partnered this October with Mississippi Delivery, a local company established in 2020 that supports other local businesses.

The strategy is to negotiate a lower commission rate for Jackson restaurants to provide a low-cost restaurant delivery  option on top of existing takeout and curbside options.

The City of Jackson and partner organizations launched a series of virtual town-hall events in September called Connect JXN. The town halls are part of a year-long effort to hear directly from residents about their vision for the city in the next two decades, a release from Mayor Chokwe A. Lumumba's office says.

During a virtual town hall, community members receive an overview of a project and learn more about the public engagement process. They can also give input via a project survey with the goal of receiving responses from a minimum of 5% of the population from each municipal ward.

Survey responses and focus group feedback will serve as the city's 20-25 year guiding framework for future growth and development, the release says. Key objectives of the plan include land use, zoning decisions, transportation plans, maps and policy recommendations.

The Central Mississippi Planning and Development District is leading the Connect JXN project.

One Voice is leading the public engagement process in partnership with Jackson State University Mississippi Urban Research Center and the City of Jackson Planning Commission.

The Mississippi Library Commission launched a project in October to make fiber internet available to every library in the state by 2021 through a contract between CSpire and the Department of Information Technology Services. The arrangement will allow public libraries in the state to have higher internet speeds at lower prices.

In preparation for the switch, MLC staff and other state agency representatives are meeting each week to prepare libraries' systems for migration. When the project is complete, public libraries should see an increase in bandwidth speeds to a minimum of 100 MBps, a release from MLC says.

Mississippi Public Broadcasting partnered with the Mississippi Department of Education in October to create a new television channel called MPB Classroom TV, which airs on weekdays from 7 a.m. to  8:30 p.m.

Viewers do not need internet at home to watch MPB Classroom TV, but the channel is not available on cable and satellite services. To receive and watch the channel, viewers must use an antenna on their televisions. Cable and satellite subscribers will need to purchase a low-cost antenna and change the television's input setting. Those who only use antennas will need to rescan their televisions to pick up the new channel.

Innovate Mississippi and the W.K. Kellogg Foundation in September launched the "Emerging Solutions" project, which aims to hear ideas from Mississippians about how technology or other new products or services could help Mississippi better respond to the ongoing COVID-19 crisis.

The nonprofit plans to use the ideas to help develop new products to deploy within the state and to help create new Mississippi-based businesses and jobs to aid people after the pandemic.

Anyone with an idea they wish to discuss with the Innovate Mississippi team can visit innovate.ms/solutions and fill out a contact form with their information and basic idea.

Innovate will contact idea creators for more in-depth discussions on their ideas.

A number of local medical institutions have formed Flu Fighters, a coalition that seeks to encourage all Mississippians to get their flu shots this year. Photo courtesy Mississippi State Medical Association

Getting a flu shot reduces the risk of being admitted to the ICU with the flu by 82%, the CDC says. Flu shots are available at hospitals, health-care providers' offices, clinics, pharmacies, schools, college health centers and from many employers.

To find a flu-shot provider in your area, visit vaccinefinder.org.

Follow the Flu Fighters coalition on social media with the #FightFluMS hashtag.

Habitat for Humanity Mississippi Capital Area celebrated the construction of its 650th house on Wednesday, Nov. 18. The build was the 13th home that Nissan-Canton helped fund construction for.

Located at 4644 Meadow Ridge Drive, the home features an open plan with four bedrooms and two bathrooms, a release from HFHMCA says.

The homeowners are Twanza Payne and JaMichael Sanders and their four children, who were previously living with relatives before the build, the release says.

The build is part of the Broadmoor neighborhood revitalization initiative that HFHMCA launched in 2019.

The Broadmoor revitalization will impact 100 houses in the neighborhood over five years, whether the organization rebuilds or demolishes them. Habitat is selling all of the revitalized homes in the Broadmoor neighborhood based on a 30-year, zero-interest mortgage for each owner.

Due to the ongoing COVID-19 pandemic, Nissan-Canton was unable to put employees on-site to volunteer as it has with previous builds. However, Nissan-Canton donated funding for the construction of the home and donated four Nissan vehicles to HFHMCA to support its efforts.

Send news regarding new developments and business announcements in the metro to [email protected].