OPINION: No ‘Free Kills’ Unless We Are Black in Jackson | Jackson Free Press | Jackson, MS

OPINION: No ‘Free Kills’ Unless We Are Black in Jackson 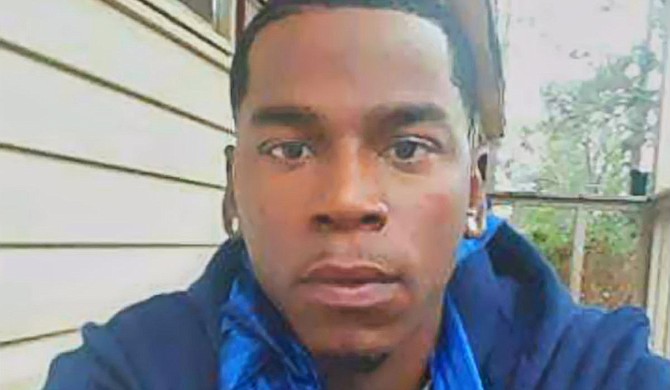 Mario Clark’s mother called 911 on Valentine’s Day 2019 to help because he was having a psychotic episode. Four Jackson officers then beat him, and he later died after being on life support for days. JPD fired the officers, but the Civil Service Commission ordered them reinstated. Photo courtesy Clark Family

Billy Paul has a song called “Am I Black Enough for You?” This song reminds us who Jackson police kill in Jackson. It also reminds me of the treachery and duplicity in how Mayor Chokwe Antar Lumumba uses black identity to obscure murder.

The mayor claims to be against police murder. The “no free kills” banner Lumumba surrogates recently rallied under obfuscates that no real costs are meted out when the Jackson police kill Black people. Instead, the mayor gift-wraps the perennial opportunity for police to turn violent.

The protest outside the AG’s office by Lumumba proxies who are in a coalition with the “Poor People’s Campaign” funded by the rich (like the Rockefellers and the MacArthur Foundation) was held on June 5 under the banner of “no free kills in Mississippi.” This production came a day before Mayor Lumumba made statements to the media about the police state killing of Mario Clark.

Mario Clark was a black man JPD beat when they were called to a residence where Clark was having a mental-health crisis; he later died. In an interview, Lumumba proclaimed that he stands with the protesters of police-state killing while emphasizing that he is “anti-police brutality, but not anti-police.” This statement by Lumumba was clearly designed to make viewers believe that he identifies with their plight while he upholds the very institution that perennially kills and subjugates in Jackson.

I oppose the police as an institution and believe that they should be abolished as the embodiment of public safety and security. Police are the sustainers of barbarism and should be condemned as such. We should not condemn it on special occasions and administer it every day.

On June 6, Lumumba surrogates joined a protest in front of the Governor’s Mansion sparked by the recent police-state killings of Black people throughout the U.S. The police-state killings of several working-class Black people in Jackson were not featured prominently at the protest, and no one challenged Lumumba’s role in expanding and further militarizing Jackson’s police state.

Instead, some protesters pretended that they were in a fight with the white racial state when it is the Black radical mayor and his Black police chief that administer institutional racism most efficiently. In comments to media following the protest, Mayor Lumumba further mystified the role that his administration plays in advancing institutional racism. Lumumba said that we must dismantle the institutions that have historically oppressed us.

What Lumumba won’t say is that the institutions he currently presides over that exploit and degrade Jackson’s majority-Black population, largely comprised of toilers, must be dismantled. The Friday protest, while many who participated were sincere, was a shrewd production that amounted to a loyal opposition meant to perform tricks and roll over for rewards.

Lumumba, his surrogates, and the police in Jackson are deceitful in their attempts to defuse and subvert the type of rebellious insurgent activity in Jackson that has been witnessed throughout the U.S. Mayor Lumumba knows that the potential of independently self-organized and uncompromising commoners in Jackson is a threat to him and others in the Black political class that rule above society. Such rebellious activity must be disoriented and derailed to maintain the fraud that he is a “revolutionary mayor” presiding over “the most radical city on the planet.”

No Collaboration with Black-Led Police State

The mayor and his surrogates’ identification with protests we see in the streets nationwide is calculated to make it appear that the Black-led government in Jackson that conquers and kills is the embodiment of black empowerment. This is totalitarianism. They attempt to capture the identity of the oppressed and tell us they are liberating Black folks when they are killing us.

These activists (actors, really) are with the government. This historical problem is not unique to Jackson or Black folks. Have the masses been rising up across the country to trust the government or to directly govern? There are a whole bunch of white folks saying they will “follow Black leadership” now. Do they intend to follow those Black statesmen and Black police who keep killing Black people?

We don’t need collaboration with the Black-led police state under the slogan “No free kills in Mississippi.” This slogan suggests that they do not intend to allow police to get away with murder. This is ironic given their silence about those the police state has either shot or killed since Lumumba took office in Jackson—at least 16 people, likely more. It’s like rallying at the bottom of a slave ship and talking about the enslaved somewhere else while those in chains stare at us through the dark amidst the piled-up Black bodies.

Lumumba has given JPD free rein to kill and has repeatedly provided cover and rewarded them with more gadgets to surveil and dominate Jackson’s majority black population. He gift-wraps these killings. Phony activism that collaborates with the state is the bow on top.

‘Say the Name’ of Victims of Police Violence Here in Jackson

In the protest outside the AG’s office, some Lumumba followers told protesters to “say the name” of Ricky Ball. But why won’t they say the names of Crystal Barnes, Lee Edward Bonner, Elliot Reed, George Robinson, and other men JPD officers have shot, beaten, choked or killed in recent months and years. JPD has been slow to release names of the victims and the officers, if they ever do. Are they not “black enough” for these activists?

Too many would rather say Lumumba’s name. They don’t wish to memorialize this government, but it is metaphorically “dead” in its own way.

Recently, Lumumba was forced to acknowledge the barbaric beating death of Mario Clark when the family went to the media demanding something be done about the killing of their loved one. Lumumba’s remarks about the death of Clark is grandstanding at its finest.

Lumumba essentially claimed that although he has always felt that the Clark family deserved justice, his hands are tied. He claims he fired the officers but the civil service commission reinstated them. What Lumumba won’t tell ordinary people is that the law is not on their side. It is set up to protect those who uphold private-property relations and the monopoly on violence and coercion held by the state (the police).

If Lumumba refused to reinstate the cops who murdered Clark, the most that could happen is that the City would be sued. Mayor Lumumba didn’t mind risking lawsuits when he issued his executive order disarming Black people in Jackson.

The mayor does nothing to ensure that officers who murder residents face consequences. Police killing Black people is the cost of doing business and the bidding of the state. Lumumba and his surrogates pretend that they care about the lives of ordinary Black folks because they do not want people to know that certain Black lives do not matter under his regime.

Fakers like these must be disavowed so that ordinary people can arrive on their own authority and organize their own self-government where they handle politics, economic planning, social ecology and judicial affairs without pretenders who have chosen the side of hierarchical government advocating “empowerment” of toiling black people.