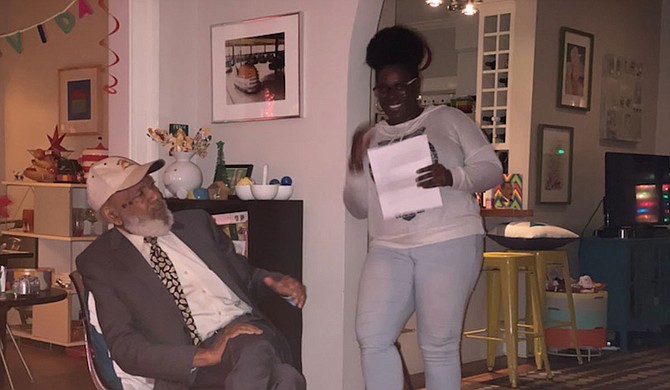 When Todd Stauffer, Stephen Barnette and I, with the help of Jimmy Mumford, Alisa Price, Bingo Holman and other supporters, launched the Jackson Free Press back in 2002, we had several goals. A primary one was to "introduce Jackson to Jackson," as Mr. James Meredith told some of our staff a couple weeks to explain this newspaper

That, of course, means to help the capital city catapult past the negativity and division that keeps people in their own lanes, barely knowing what was happening in other parts of town, especially along race lines. Media then didn't bother to bridge gaps or correct myths about Jackson.

Our urgent mission was to help the capital city believe in its own greatness and potential. Report on the lesser-known people rolling up their sleeves and doing remarkable things despite the odds—to both introduce as Mr. Meredith said, but also to help the city and its residents believe in our potential to change and grow together.

Key is a state of mind that is trendy in education and workplaces these days—a "growth mindset." If we believe we can keep growing and improving, whether as individuals or a community, we are more likely to reject the same old patterns that hold us back ad nauseum as we look for someone else to blame when nothing improves. That indicates a "fixed mindset."

At work, this can be someone struggling with deadlines but refusing to examine their planning and work practices for a new strategy to work smarter rather than harder, choosing instead to blame others. In a city, that can mean learning from our mistakes what doesn't work, and then looking for smarter, evidence-based ways to make so-far elusive improvements that stick.

A successful growth mindset doesn't require working harder or more. Think about it: When we are overcome with distraction when we should be focused, we inevitably end up exhausted from working late nights and weekends to get a project done due to time wasted. In a city's case, when we keep doing the same thing over and over again or kicking problems down the road to a future generation—think water-billing mistakes and inefficient pothole tracking and repair—we get locked into a vicious cycle of failure. It's exhausting, we become cynical, and we may give up and move.

Systemic violence is a dramatic example we're wrestling with right now. Since I moved back to Mississippi in 2001, I've seen minimal evidence of the community figuring out (a) that policing cannot prevent most violence and (b) that the community as a collective can make us all safer if it's willing to embrace innovative ideas.

We're essentially stuck on a violence treadmill—a spate of crime happens, and people panic. They demand more and tougher policing, despite that not being the most effective response. They may attend a forum and talk ideas, but most settle back into their routine with little effort expended. Then another outrageous crime happens; maybe a child gets shot. And the exhausting cycle starts over and falters again.

This cycle of failure does not result from a healthy growth mindset. And it won't lead to different outcomes because we repeat the same assumptions and the same blaming, panicked reactions.

Stanford University psychologist Carol Dweck is the queen of the concept of "growth mindset" in education. She explains in Education Week that it doesn't mean a student must work harder and more. (Remember: That often backfires.)

"Perhaps the most common misconception is simply equating the growth mindset with effort," she wrote. "Certainly, effort is key for students' achievement, but it's not the only thing. Students need to try new strategies and seek input from others when they're stuck. They need this repertoire of approaches—not just sheer effort—to learn and improve."

Think about your problems, say, with completing tasks on time without distraction. (One I'm very familiar with in myself and others.) New strategies like tools to limit your social-media time while working, timeboxing your calendar for certain projects in advance, and setting a phone timer can make all the difference and help you work more relaxed, finish quality work on time and not freak out about deadlines.

On vexing community issues like violence, we can find and embrace solutions that are evidence-tested in other cities and that make a hell of a lot of sense for Jackson if we bother to get off the mental treadmill.

The startup credible-messenger strategy that Rukia Lumumba, Terun Moore and Benny Ivey are leading is the most exciting (and vetted) violence solution I've seen Jackson ever consider. It is a way to interrupt violence before it happens, allows people who've been there to be trained to do the work and is a job-creation program for those returning from incarceration.

But it requires a growth attitude to understand why it's more effective at preventing violence than mass police sweeps used more for public relations and to fill prison beds and, thus, continue the violent cycle.

Jackson desperately needs more people to embrace curiosity and creativity right now to join all the amazing warriors for our city fighting and creating daily in a city they could just as easily leave behind. It is vital to see our potential to be excellent and not settle, as other down-on-their-luck cities from Birmingham to Memphis have figured out. We must get organized, seek new ideas and strategies, and do it.

We put a Best of Jackson ballot in the very first issue of this newspaper back in October 2002 to infuse a sense of excellence and potential into what we publish and those who read it. We've never let up on that quest, and neither have many of the people and organizations who are winners and finalists in this annual issue and those who took the time to vote for excellence.

Jackson, we can be anything we want to be. It takes tenacity, new ideas, smart planning and a boat load of believing in our own potential for excellence.

Donna Ladd is the editor-in-chief and CEO of the Jackson Free Press and co-founder of the upcoming mississippifreepress.com.