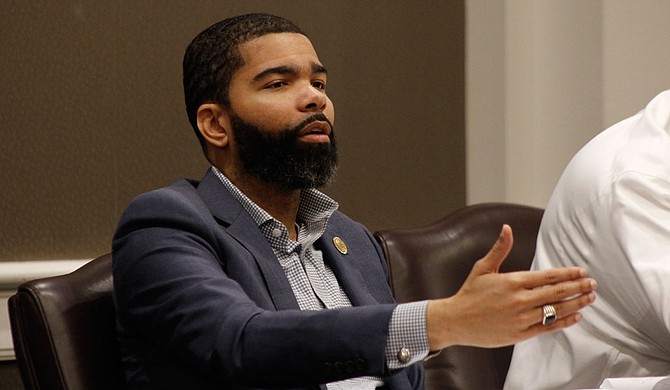 Jackson Mayor Chokwe Antar Lumumba said in a statement that minority-owned businesses owned will be able to receive guidance and financial help through a program being developed in the city. Photo by Stephen Wilson

JACKSON, Miss. (AP)—Businesses owned by people of color will be able to receive guidance and financial help through a program being developed in Mississippi's capital city.

The program in Jackson is funded in part by a $1 million grant from the Rockefeller Opportunity Collective, an organization that aims to expand equity and economic opportunity for low-wage families and communities of color, the Clarion Ledger reported.

Jackson Mayor Chokwe Antar Lumumba said in a statement that the city will use money from the collective to pay for technical assistance. Money from other organizations will be used to develop other parts of the program, he said.

“Access to capital has been a significant barrier for underrepresented entrepreneurs in the Jackson community and COVID-19 has only exacerbated challenges,” Lumumba said.

Jackson has 314 minority-owned businesses, said Michelle Atoa, communications manager for the mayor’s office. That represents 37% of businesses in a city where 81% of residents are Black.

A recent report from the Federal Reserve Bank of New York found that Black-owned businesses are closing at nearly twice the rate of all firms across the country since the pandemic started.

Since the Rockefeller Opportunity Collective launched in June, it has worked with 12 U.S. cities, including Jackson, to provide grant money for minority business owners. Dr. Rajiv J. Shah, president of the Rockefeller Foundation, said the pandemic has made existing problems worse, and now is the time help those most in need.

“The suffering that continues to grow in communities all across America, and the staggering loss of life and livelihoods, increasingly bleak choice of having to choose between putting food on the table and paying rent, and overwhelmed health systems is unacceptable,” Shah said.