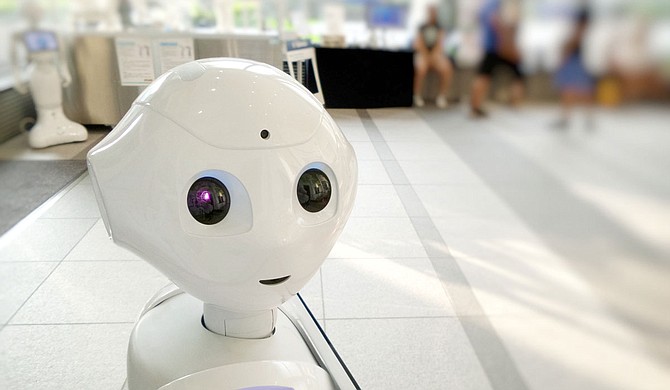 As advancements in automation continue to expand, particularly in the wake of the pandemic, many industries may need less human workers. Photo by Possessed Photography on Unsplashed

JACKSON, Miss. (AP)—Automation could displace thousands of workers in Mississippi and other parts of the South unless they learn new skills, according to a report from the Southern Regional Education Board.

Thousands of jobs were already on track to be automated by 2030. The coronavirus pandemic has forced companies to speed up automation development, said Stephen Pruitt, the board president.

The board estimates that 589,000 workers in Mississippi could be at risk of replacement by 2025.

“I’ve been saying these changes were already on the horizon, but now they’re the next exit off the highway,” Pruitt said a statement to the Clarion Ledger.

Amazon announced on Nov. 12 that its fulfillment facility being built in Canton will bring 1,000 new jobs to central Mississippi, but will also be the first to feature its advanced robotics systems. Employees will work with those robots to pick, pack and ship items.

"We’re experiencing the fourth Industrial Revolution,” Pruitt said. “Computers and robots work with us rather than for us.”

Pruitt said people in the South aren’t prepared for the changes and many aren’t aware they’re going to happen. Workers in traditionally low-paying jobs, such as food service and retail, are among the most at-risk because some companies are already moving toward more automation, he said.

“Education can’t focus only on math and reading, but also science, critical thinking skills and how those skills translate into careers,” he said.

In August, Republican Gov. Tate Reeves announced the creation of the ReSkill Mississippi initiative, funded by a federal coronavirus relief package. The program pairs workers left unemployed by the pandemic with employers willing to teach them the skills to fill open positions.