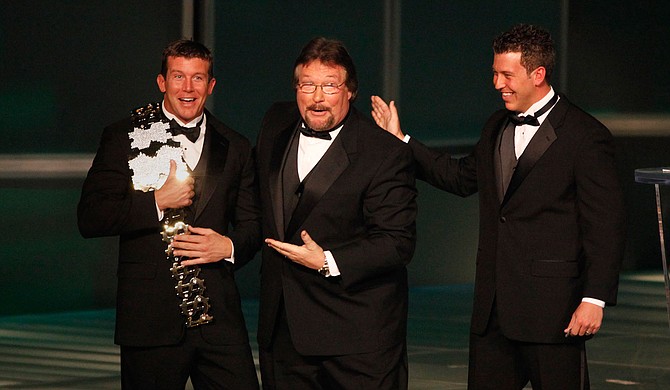 Federal authorities are attempting to seize the Madison home of former professional wrestler Ted DiBiase Jr., valued at $1.5 million, after his brother and fellow ex-wrestler Brett DiBiase was indicted in a massive federal welfare fraud case in February 2020.

State Auditor Shad White announced the charges against DiBiase and five other people on Feb. 5. Former Department of Human Services director John Davis was one of the co-conspirators in the case, along with former Department of Human Services employee Latimer Smith; Nancy New, founder of the Mississippi Community Education Center and New Learning Resources; her son Zach New, assistant executive director of the education center; and Anne McGrew, an accountant for the education center.

A state audit in 2019 showed DiBiase's family received millions from MDHS through nonprofits, business deals and travel reimbursements, during a time in which Davis was denying more than 98% of individual applicants welfare as director of the Department of Human Services. White said in May that his employees identified $94 million worth of suspicious spending on DHS' part.

Brett DiBiase, who formerly worked at Mississippi's Department of Human Services, pleaded not guilty. Davis and Smith created invoices to pay DiBiase TANF funds for teaching classes about drug abuse while DiBiase was actually in a luxury rehabilitation facility for his own drug use in Malibu, Cali., at the time and did not perform the services. Davis and Smith created documents and arranged payment knowing DiBiase was not performing the work he was hired to perform, the Mississippi Office of the State Auditor said in a release.