The Uncertainty of the 2020 College Football Season 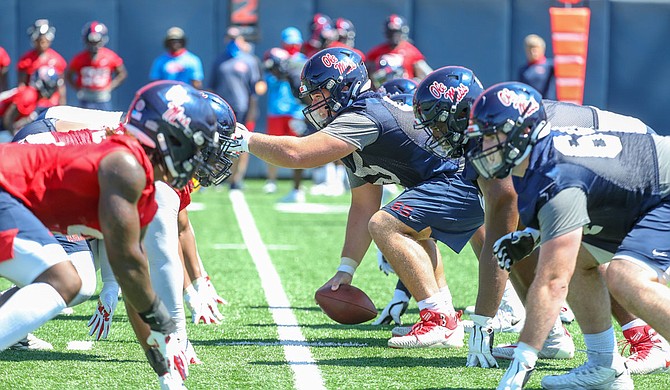 Many sporting conferences have postponed plans to have a fall 2020 football season while others tentatively trudge on. Photo courtesy Ole Miss Athletics

The only thing certain about the 2020 college football season is uncertainty. As last week—Aug. 10 to Aug. 14—showed us, plans can change with little notice, and the season could be on the brink before you even have a chance to read this article.

The SEC and ACC held firm on playing, but that was only if the Big-12 decided to trudge on and play.

While it appeared that the 2020 season might be done before it began, the Big-12 indeed decided it wanted to play fall football, paving the way for the SEC and ACC to maintain plans to play.

Along the way, players have opted out of playing, with Vanderbilt University losing four to six athletes for the 2020 season, if there is one. Those players will have their scholarships honored and can still go to school.

In the Big Ten, parents have sent  letters demanding to know what changed about playing in the 2020 season. The face of the Big Ten conference, Ohio State University's Justin Fields, started a petition to have a season this fall.

Even more amazing is that this season could force long-time independent University of Notre Dame to play conference football, which would be unprecedented in college-football history. The Fighting Irish will be a part of the ACC and have a chance to win the conference.

The SWAC already postponed football until spring 2021. By the end of one of the wildest weeks in college football, all FCS football was postponed—leaving just FBS football to be played this season.

Joining the ACC, Bit-12 and SEC in playing this season are conferences from the group of five that have not postponed the 2020 season. Currently the Sun Belt, American Athletic Conference and  Conference USA are planning to play.

Even within Conference USA, though, not every university is on board as the Old Dominion University opted out of the 2020 season. Meanwhile, the University of Southern Mississippi and the rest of C-USA will march on this fall.

In the SEC, crossover games were announced, and coaches were upset with the results. As of press time, Mississippi State University and the University of Mississippi are scheduled to play.

Even if a conference is scheduled to play, those decisions do not mean everything is running smoothly. Players at the University of Pittsburgh and Syracuse University sat out practice due to concerns about the coronavirus.

The College Playoff Committee will have to figure out a fall playoff if those FBS schools still on track for fall make it through the season. The Big Ten could reverse course again as pressure mounts from parents and players.

Of course, as aforementioned, several changes from what has been reported here may arise in the coming weeks following this article's original publication date, Aug. 21. Welcome to the uncertainty of the 2020 college football season.