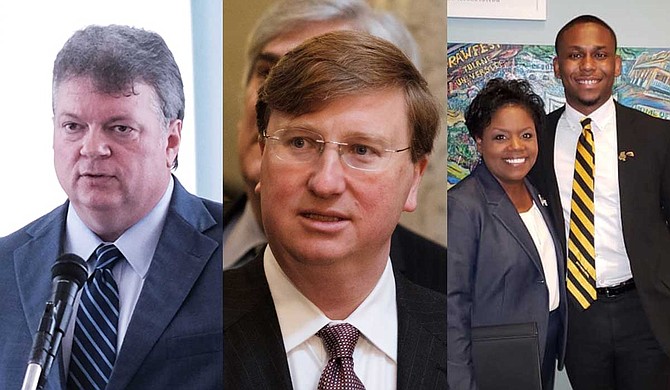 Mississippi Lt. Gov. Tate Reeves is pushing back against accusations that his leadership helped set the conditions for Mississippi's mental-health crisis. After a federal judge ruled last week that the State is violating the civil rights of people with mental illnesses, Mississippi Attorney General Jim Hood produced letters dating back to 2013 in which he warned members of the Legislature, including Reeves, that a lawsuit was likely unless they did more to shore up its mental-health system.

On Monday, though, Reeves suggested that the fallout over the mental-health trial is not a real issue and that Hood is making things up.

Judge: Mississippi Violates Civil Rights of Those With Mental Illness

Mississippi must make sweeping changes to its mental-health system so that people with severe mental illness have access to treatment in their own communities rather than being unnecessarily institutionalized in state hospitals, a federal judge in Jackson ruled Wednesday morning.

"(A) repeated follow-up question on whether or not the state's mental-health situation is an issue went unanswered," WJTV's Gerald Harris reported about Reeves.

Hood is the Democratic nominee for governor this year; Reeves is the Republican nominee and serves as the president of the Senate in his current role with the ability to greenlight or block legislation.

Hood: 'Tate Reeves Has His Head Buried in the Sand'

At his post-ruling press conference last week, Hood pointed out that he had asked Reeves to use some of the more than $267 million that his office had won in settlements to better fund the Mississippi Department of Mental Health, but that the Legislature, where Reeves serves as president of the Senate, ignored his advice. In the time since, the Legislature cut corporate taxes and also cut hundreds of hospital beds and jobs in the State's mental-health system.

Hood responded to Reeves claim that talking about mental health was tantamount to "not focus(ing) on the issues" in a Facebook post Monday.

"Once again Tate Reeves has his head buried in the sand," Hood wrote. "As governor, I will not rest until we provide mental health services that meet the needs of everyone who continues to suffer. To do less for the people who need it most is a travesty."

Last week, Families As Allies Executive Director Joy Hogge, who specializes in children's mental health, told the Jackson Free Press that the focus on money is a red herring.

"There is no over-arching infrastructure in our state to coordinate the different parts of the mental-health system like the Department of Mental Health, the Division of Medicaid, the community mental-health system and all those private providers that are out there," she said. "So that is the main reason people are falling through the gaps. ... We don't even know if it's about money at this point. Because until those things get addressed, there is no way to know what money is actually being spent on and what we need (when it comes to) money."

Reeves accepted invitations to two debates against Hood in recent days. The proposed debates, hosted by Nexstar Media Group, one of the largest TV operators in the nation, would take place on Sept. 25 in Jackson and on Oct. 10 in Hattiesburg.

"I'm looking forward to debating Jim Hood. He's a liberal and I'm a conservative. I want to take Mississippi forward and he wants to take us back to the time when Democrats ran everything," Reeves said in a statement on Tuesday without detailing specific issue disagreements.

Hood has not yet agreed to the proposed dates, but has repeatedly said he wants to participate in three debates. He criticized the one-hour long debates in the GOP primary for being too short. Hood set a Wednesday deadline for media outlets to submit debate proposals, and does not plan to decide on any debate invitations until after today.

One of the few "issues" Reeves has expressed concern about in recent days, though, is the issue of whom Jim Hood is supporting in the 2020 presidential race.

"I totally endorse Trump (easy choice)," Reeves tweeted on Sunday. "Who is Jim Hood's favorite in the Democrat primary? Bernie? Biden? Harris? He won't say and press won't ask because they know he has to hide his views from Mississippians." 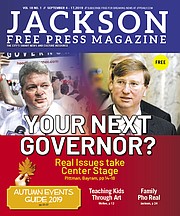 Tate Reeves pushed typical conservative buttons on his way to primary victory. Tammy Pearson said he spent too much time "relying on his name-dropping of Trump," adding, "This is a state election, not a national election. This is Mississippi."

On the night Reeves won a runoff against former Mississippi Supreme Court Chief Justice in the Republican primary, Hood said he was not worried about Reeves using "labels" like "liberal." He pointed to the fact that Reeves used rhetoric about national concerns, such as the presidential race and national health care, to attack Waller in the GOP primary.

In one instance, Reeves sent out a mailers accusing Waller of supporting "Obamacare" because he wanted to accept over $1 billion a year in federal funds to expand the state's Medicaid program. In another, a Reeves mailer showed Waller's image next to images of national Democrats, like U.S. Speaker of the House Nancey Pelosi and Congresswoman Ilhan Omar, implying that the conservative jurist aligned with Washington, D.C., liberals.

"The issues that Justice Waller talked about and that I'm talking about, like cutting the grocery tax and those kind of things. (Reeves) doesn't have the issues so he has to revert to scare tactics," Hood told the Jackson Free Press on Aug. 28.

Like Waller, Hood wants to expand Medicaid, which could bring health-care options to an additional 300,000 state residents who make too much for traditional Medicaid but not enough to afford private insurance.

At the inaugural College Democrats of America summer convention in New Orleans on Saturday, former Georgia Democratic nominee for governor of Georgia urged attendees to focus on this year's state races—not just on 2020.

On Saturday, several Mississippi candidates attended the organization's Shirley A. Chisholm dinner that evening, including Mississippi Democratic nominee for attorney general Jennifer Riley Collins, who would be the state's first black woman to hold statewide office in history if she won. The dinner is named after a former African American congresswoman from New York who in 1968 became the first woman to run for the Democratic nomination for president.

Stacey Abrams, who became the Democratic nominee for governor of Georgia last year, spoke at the dinner.

Other prominent African American Democratic women also attended or spoke at the convention, including U.S. Rep. Maxine Waters of California and former Democratic National Committee Chairwoman Donna Brazile, who is now a Fox News commentator. In a Facebook post, other leading African American women surrounded Collins at the dinner as she expressed her delight.

"I sat there thinking 'I am the baby child of a woman who was a maid and (a) man who was a truck driver, I was raised next to the railroad...but God!," Collins wrote. "As I sat amongst these leaders, it was confirmed that I may not be in the office yet but I have always done the work!"

In an interview with the Jackson Free Press earlier this year, Collins said she sees no reason why she could not make history as the first black woman elected to statewide office—and the first black Mississippian elected statewide since Reconstruction.

Brandon Rue, the Democratic candidate for Mississippi House District 102, also attended the convention. He, like several other Democrats running for legislative seats this year, is getting help in the form of money and voter data from former U.S. Secretary of Agriculture Mike Espy. Espy ran for U.S. Senate in Mississippi last year against Republican Cindy Hyde-Smith. Though Espy lost that race, he amassed a massive campaign infrastructure with voter-targeting information that he is now using to help Democrats running in this year's legislative races.

Had Abrams won last year's race in Georgia, she would have been the first black woman to hold a governor's office in any state in U.S. history. Last month, she launched Fair Fight 2020, an organization she launched last month that is primarily focused on next year's presidential election, but which is also working to ensure fair elections in state races this year.

"We're targeting all of the battleground presidential states, and we include in that battleground Georgia, Arizona, Texas. We're also looking at Senate races, so we're in Alabama. We know that there are statewide races happening this year in Mississippi, Kentucky and Louisiana, so we're there," she said at the launch event in August.

Abrams lost to Republican Brian Kemp by a little more than just over one percentage point in the 2018 race for governor in Georgia, though questions remain about voter suppression after Kemp, blocked thousands of voter registrations and ordered the purging of thousands from Georgia's voter rolls.

Fair Fight 2020's efforts center on ensuring a "fair fight" by working to boost voter protections in states and prevent voter suppression and issues like those that plagued her race.

"Fair Fight 2020 will help staff, fund, and train robust Democratic voter protection operations in battleground states across our country, starting immediately," the organization's website reads. "These teams require an army of volunteers to build an infrastructure of accountability across all levels of government until every eligible voter can register, access the ballot, and cast a vote that is accurately counted. No matter your background or talents, you can make a difference."

Abrams, whose family lives in Hattiesburg, Miss., grew up in Gulfport, Miss., before moving to Georgia where she rose to become the Democratic minority leader in the State House there.

She has reached out to Jim Hood's campaign for governor to explain their organization's goals, but the two entities are not currently coordinating.

Voters will choose among candidates for statewide office in the general election on Nov. 6, 2019. Voters must register 30 days before an election to be eligible to vote.