Jacksonians Must Pay for Recycling, But City Recommendations Fall Short 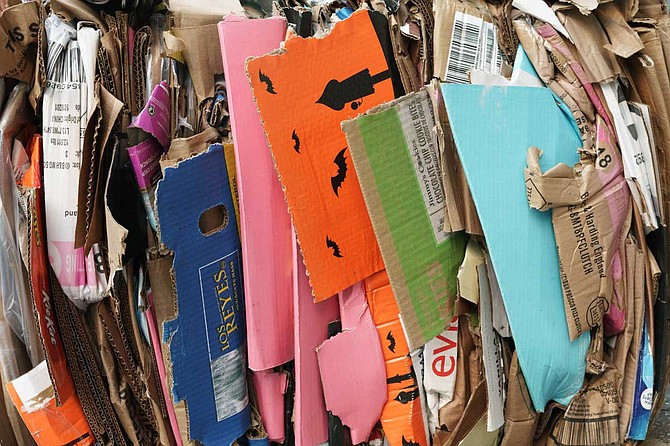 In the wake of the City's suspension of its recycling program, Jackson residents have limited recycling options.

On Sept. 1, Jackson became one of more than 300 cities in the United States to curb its recycling program, citing the diminishing value of recyclable materials and a renewed priority to tackle illegal dumping sites as reasons for the decision.

Although the City of Jackson recommended Allen Recycling to residents in an Aug. 12 press release, owner Clarence Allen confirmed this week that his company currently only offers commercial recycling services. Allen did say that his team is considering offering residential recycling services, which will be determined following an internal meeting this Thursday. The City also referred residents to Tri-Miss Recycling, but Tri-Miss Recycling confirmed that its drop-off locations only take scrap metal.

Deatra Hughes, secretary at City of Jackson Solid Waste Division, said that the City was exploring establishing a drop-off site for residents. "We're working on it," she told the Jackson Free Press.

In the meantime, Jackson residents can enlist one of several paid recycling pick-up programs offered by Environmentality Recycling Solutions. Environmentality offers a two-week service, which begins at $8 to $10 a month, and a four-week service, which starts at $15 to $20 a month, co-owner Derek Augustus told the Jackson Free Press. The company operates on a bag system, and service options are based on the volume of recyclable items. For $40 a month, residents can opt for a premium service, allowing up to three bags of recycling and the option to recycle glass materials as well as small electronic items.

The Environmentality team works with three main companies to dispose of recyclable materials. Environmentality sends its glass to Strategic Materials in Georgia, metals to the Can Man in Jackson, and routes paper and plastics through F.V. Recycling, also based in Jackson.

Augustus said he did not know where materials end up afterward, adding that because the value of cardboard and paper is currently down, companies have little financial incentive to dispose of it.

"A lot of the big recycling companies, when the price goes down like this, they end up having to sit on it, and it stockpiles, and they're waiting for the market to go up, because they can't afford (it)," Augustus said. "Their whole model is based on selling the commodity ... whereas our whole model is based on people hiring us to pick it up. So we don't ever have to sell the commodity, we can give it away. ... That's why ours is a higher price," he added.

"The biggest problem in the recycling market is contamination," Augustus continued, which is caused by people recycling unclean materials or non-recyclable items. For this reason, he told the Jackson Free Press that if Environmentality Recycling Solutions were to begin offering a drop-off service, residents would have to pay a fee to cover waste inspection costs.

In addition to standard household recycling, Augustus said Environmentality is trying to branch out into other areas, such as food waste.

"We're just trying to think outside the box about all waste, because when we're going to these houses, we would like to be able to pick up as many different types of waste (as) we can to be reused," he said. "We're exploring trying to pick up food waste, and we've been trying to build a network with people who will compost ... like farmers (in) different places."

While there has been some interest in the composting program, Augustus said, more people are needed to kickstart a program.

Environmentality is experimenting with sponsorship programs to increase access to recycling, especially for lower-income recyclers who cannot afford to participate in the pick-up program.

"Our main goal is to try to increase the access as much as possible ... when you can't afford to pay (for recycling) ... it's a financial concern. They're more concerned about how they're going to pay their bills," he said.