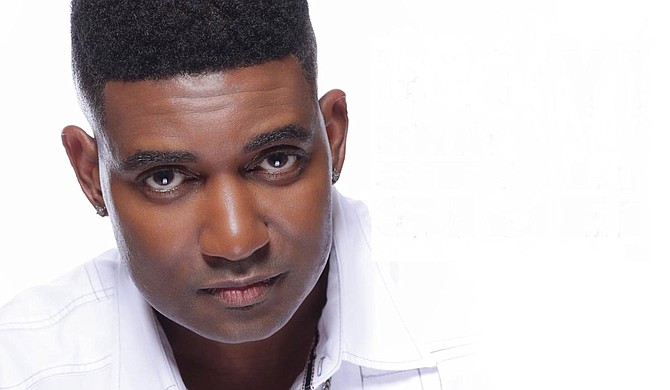 On Dec. 7, Jackson-native, soul-music singer Vick Allen headlined the "Christmas in the City" event at the UMMC Conference Center inside the Jackson Medical Mall, alongside fellow artists Scott Albert Johnson and Duchess. Proceeds from the event benefitted the JMMF's arts and cultural programs in the area. Allen said he sees the performance as a homecoming, and he sprinkled in a little humor with his high-energy performance, as well as some "rear-end shaking." He's excited for fans to hear the songs they are familiar with, he said.

"We've got a few songs where if I do a concert and I don't sing those songs, it's gonna be a problem. Somebody gone be ready to fight," Allen said, laughing.

Allen said his interest in music started at a very young age. He sang in his church choir and also played the piano for the church. During his teenage years, he joined a gospel group from Raymond, Miss., called the B&B Singers and said that experience "lit a fire in him."

"Singing with them opened my eyes to how much I wanted to be in music,"  Allen told the Jackson Free Press. "It just felt so natural to me."

He said the gospel group recorded its first CD when he was 15 years old, an album that he produced with no experience. Allen said the group was so young, naive and happy to be in a studio that they didn't realize they needed a producer.

"Being in that studio for the first time, it just felt like a natural place for me to be. I kind of knew what to say, what to do and what we were supposed to sound like," the soul singer said.

After graduating from Forest Hill High School, Allen started singing with Leonard Williams. Through performing with him, he met the Canton Spirituals, who auditioned him, and he stayed with the group for 17 years, touring nationally and internationally.

"We got two or three Grammy nominations. We won 15 to 16  Stellar awards. Numerous TV appearances. We had a couple of gold records. We had a pretty good run in the 90s," he said.

But toward the end of his tenure with the group, he said he started producing southern soul and blues for artists such as Willie Clayton, Mel Waiters and Peggy Scott Adams. He said he would write a song for Willie Clayton and record a demo version of it so that Clayton could hear what it would sound like.

"One time I did a song like that and gave it to Willie. I asked him, 'You like it?' He said, 'I love it.' I said, 'You gone record the song?' He said, 'Nope.' I said, 'Why not?' He said, 'Because you need to record it.' That was the first time I ever thought about doing soul blues," Allen said.

He said he went on to record the song and let Mel Waiters listen to it. Allen said Waiters liked the song so much that he gave Allen the money to record his first album, "Let's Dance," which debuted in 1999. "(He) paid for it out of his pocket and didn't want anything in return. Just wanted to help get me started," he said.

Despite the setbacks, Allen said he didn't give up because he believed that one day someone would hear his music and recognize its quality.

"I just want to release good music that people can relate to and feel. That's what pushes me even today. If it doesn't sell a million copies, then oh well," he said.

After four years with Malaco Records, Allen went on to sign with Soul First, a small, independent label in Birmingham, Ala., and released "The Preacher's Song (Forbidden Love Affair)" from his 2009 album "Truth Be Told," he said.

"It was a real controversial song about a preacher and one of his parishioners. That song did really well for us ... opened the doors and put us on the map," Allen said.

He released "Soul Music" afterward, which he said is his biggest record to date from his album of the same title, which released in 2012. Following the success of "Soul Music," he focused on releasing singles for the next eight years under his own independent label, Test-Mic Music.

The soul singer said he is thankful for all the love and support for not just him, but the music itself.