Weighing in on ‘Wolves’ 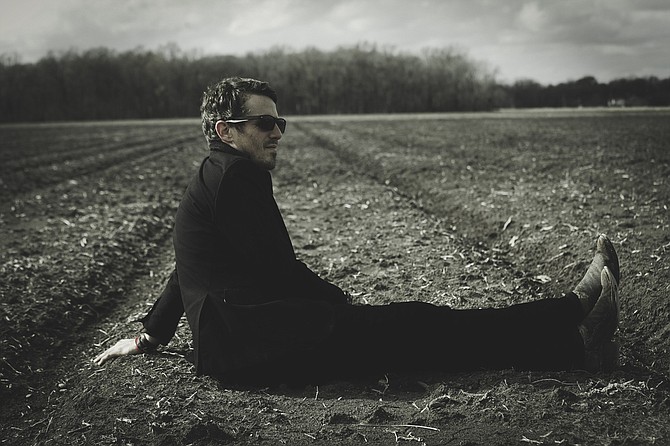 Ron Etheridge will likely be a familiar name—and voice—to many Jackson music fans. While the singer-songwriter splits his time between his hometown of Greenville and Biloxi, he's also a regular at restaurants, bars and various venues in the metro area such as Georgia Blue and Shucker's Oyster Bar.

While Etheridge has been performing for about 20 years, one of the biggest steps in his career thus far comes with his second full-length record, "There Will Be Wolves," which he released on Feb. 24.

His album is the third from Old Trace Records, an imprint label from Malaco Music Group that also features Jackson acts such as Stace & Cassie and Jason Turner. Even before the new imprint had a name, Etheridge had been angling for a spot on the label. He even got Malaco President Tommy Couch Jr.'s phone number and would call, asking him repeatedly to check out his music.

Eventually, the two connected in person through Couch booking him to perform at Old Capitol Inn. Then, in October 2016, Couch asked Etheridge if he would swing by the Malaco offices before a gig and offered him a record deal on the still-unnamed Old Trace Records that day.

It was Couch who suggested that Etheridge work on the album with producer-engineer Nick Smith, who owns Dipping Vat Studio in Monticello, Miss., and also played guitar for much of the album. Etheridge says the two hit it off instantly and connected over a desire to make a more atmospheric, cinematic-sounding record, which they spent about two months in Malaco Studios achieving.

"It was a long process, but it was really good. The studio is a great, beautiful studio at Malaco, and we kind of had free-range. We had as much time as we needed, so we would work from 9 in the morning till 1 in the morning sometimes, and it was long days. Toward the end, Tommy was like, 'All right, guys, we've got to wrap it up,'" Etheridge says with a laugh. "But we probably could have kept going."

Ultimately, the last song that they recorded best captured the sonic quality they were going for, he says. In the final days of recording, when he and Smith were just putting finishing touches on the album, Etheridge brought in an idea for the closing track, "The Next Chapter."

"I came in with this song and said, 'I've got a new song that kind of want to lay it down,' and he was like, 'Oh great, another one?' because we were just about done," Etheridge says. "I said, 'Let me just play it for you, and if you get some ideas, throw 'em at me."

Only a few moments later, Smith came up with the song's signature lead-guitar part, and the duo spent about six more hours in the studio, working the composition into the track that listeners will hear on "There Will Be Wolves." Etheridge says that "The Next Chapter" will give his supporters a clear picture of where he'll be heading on his next album.

"There Will Be Wolves" is available now on most digital retailers. For more information, find Ron Etheridge on Facebook.