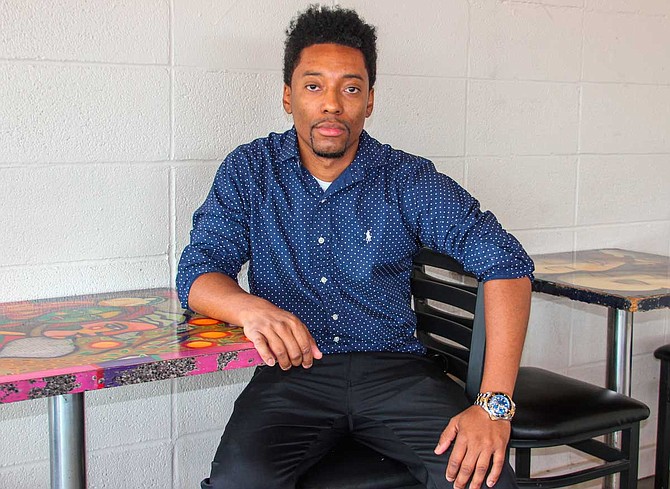 In 2013, Jackson native LaMonte Pierce was growing weary of the city's continuous boil-water alerts and the constant need to pick up bottled water. At the time, he wished there could be a quick and cheap solution to the problem, and thought of the idea of filtering water through a straw.

"I remember wondering if something like that had been done, and why it couldn't be available to the public at an affordable price," Pierce says. "However, at the time I thought that something that simple may not actually work, or someone would have done it."

A graduate student who is studying technical education at Jackson State University, Pierce got the chance to revisit that thought and make the product a reality when he took part in a 3D-printing challenge at a cyberlearning summit at JSU in 2016. The goal was for students to work together over the course of three days to invent a solution to a problem facing Mississippi.

Pierce decided to see if his filtration straw idea could work to address the city's water contamination problem. After discovering plans on Thingiverse, an online 3D-printing blueprint database, for a can that functioned similarly to what Pierce had in mind, he re-purposed the design into what he dubbed the "Cleanstraww."

After the summit, Pierce secured a patent for the product and created a company called Cleanstraww, LLC, as well as a website, cleanstraww.com.

"What sets Cleanstraww apart from something similar like LifeStraw (a filtration device that Switzerland-based company Vestergaard created) is that it cannot filter out heavy metals like lead, which is a major component of the water crisis facing Jackson and places like Flint, Michigan," Pierce says. "I want to make this straw readily available everywhere and for it to become a household product that can surpass bottled water, which can also have a lot of impurities and often isn't as filtered as a lot of people may think."

Pierce, 36, graduated from Murrah High School in 2001 and went on to study architectural drafting and geographic information systems, such as GPS devices, at Hinds Community College.

After receiving his associate's degree in geographic info systems from Hinds in 2004, he worked as a tempura chef at Little Tokyo in Jackson from 2004 to 2009, then as a site technician at the  University of Mississippi Medical Center until 2012. He then spent worked as a fish processor at an offshore commercial fishery on the Bering Sea before he decided he wanted to go back to college.

Pierce enrolled at JSU in 2014 and earned his bachelor's  degree in industrial technology in 2017. He currently works for Jackson Public Schools as a network analyst.