After Death in Madison Jail, Family Files Lawsuit Against County 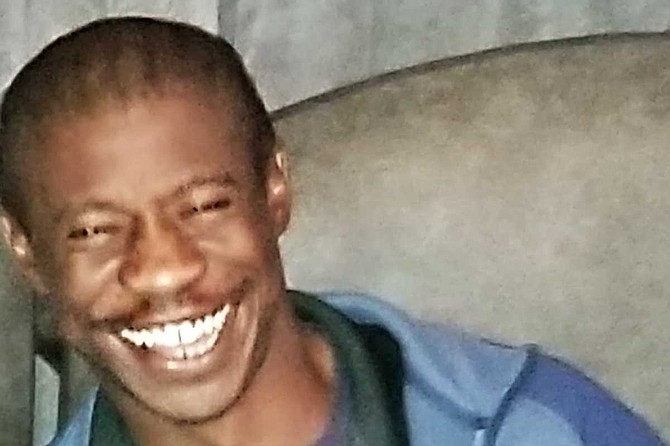 Harvey Hill, 36, died in custody at the Madison County Detention Center. His family is charging that jailers used excessive force on him, and no one offered him medical assistance. Photo courtesy Cochran Firm

MADISON, Miss. — What exactly happened in the last 24 hours of Harvey Hill's life is uncertain, but his family is charging that he died due to excessive force in the Madison County Detention Center.

Then, legal documents allege, an altercation occurred between inmates during meal time, and a guard attempting to stop it assaulted Hill. "As a result under long-standing custom, practice and/or unwritten policy of Madison County ..., Harvey Hill was subjected to excessive force, due process violations and/or cruel and unusual punishment meant to teach him and other inmates at the detention center that jailers were in charge," his family's lawsuit charges.

A group of jailers, they allege, pulled Hill from his cell. Then it got more violent, the lawsuit says: "Mr. Hill was then bound by handcuffs, then brutally beaten by the defendants, pepper-sprayed and then throw back into his cell after suffering this brutal torture."

No one at the detention center attempted to intervene or stop the violence against Hill or offer medical assistance for the "life-threatening injuries he received," the lawsuit alleges.

The following morning, guards found Hill unresponsive, and workers pronounced him dead shortly after his arrival at Merit Health Central Hospital in Jackson.

"An otherwise-healthy 36-year-old went into the jail for a simple trespassing charge, and within 24 hours he was dead," the family's attorney, Carlos Moore, told the Jackson Free Press, calling Hill's death one of the most egregious cases he has dealt with in 17 years of practice. "That's unacceptable in a civilized society, and we are going to get to the bottom of this. Not only do we hope and pray for justice in the civil arena, but we are hoping that those responsible are held accountable in the criminal-justice system as well."

The Jackson Free Press reached Madison County Detention Center spokesman Heath Hall who had no comment. "We have not been served with a lawsuit; therefore, we have not read it and not able to comment on something we have not read," he said in a text message.

'He Was Essentially Given the Death Penalty'

Moore, who has offices in Ridgeland and Grenada, said that Cochran Firm lawyers have a witness who saw the beating, which was also captured on video, but the family's attorneys have not yet seen it.

The complaint alleges that the use of force violated Hill's Fourth, Fifth, Eighth and 14th Amendment rights to be free from excessive force, and cruel and unusual punishment.

"Harvey Hill was arrested for a misdemeanor and was supposed to be afforded a presumption of innocence according to our Constitution, but instead of keeping him safe while he was in custody, Hill was essentially given the death penalty," Derek Sells, managing partner of The Cochran Firm in New York, said in a Feb. 18 statement.

A shroud of secrecy has surrounded Hill's death, the statement stated. Nine months after the incident, authorities have not released the autopsy. The Mississippi Bureau of Investigation is handling the case, and it has not released any information.

"We believe that there is a pattern and a practice for allowing excessive force ... to exist in that jail, unchecked," Moore said. "We believe this lawsuit and others we plan to file in the not-too-distant future against Madison County will hopefully prevent this from happening to others similarly situated."

Last year after Hill's death, two other inmates died in the Madison County Detention Center, and as a result of incidents that allegedly occurred inside the facility. Larry Thompson and Lanekia Brown, who was pregnant at the time, both died in December 2018.

The Rankin/Madison Interdiction Unit officer arrested Brown and Marcus Anthony on Nov 26, 2018, after finding 103 pounds of marijuana during a traffic stop on Interstate 55. On Dec. 26, a state trooper told Brown's mother that the nurse went to check on her in the detention center after she complained of stomach pains, but when the nurse arrived, it was too late, WJTV reported.

The Canton Police Department arrested Larry Thompson on Nov. 17, 2018, taking him to the Madison County jail, The Clarion-Ledger reported. Thompson died three days after his release on Nov. 28.

Thompson's family told WJTV that he went into jail a healthy man, but he was nearly unconscious and unable to use his legs after his release from the detention center. Thompson's family took him to St. Dominic Hospital, where he had to have both legs amputated, and three days later died. The family claims to have witnesses who told them Madison County jail workers beat Thompson.

The Madison County Sheriff Department denies touching Thompson and said he was on medical watch with a officer checking on him every 15 minutes, WJTV reported.

"All of these suspicious deaths involve African Americans, and so we don't know if there is racial animus going on there or not," said Moore, who is representing both families as well. "It's unacceptable. These deaths are certainly preventable and could've been avoided, so these loved ones are left to grieve the loss of their family members without many answers."

Moore's comments and the lawsuits represent only one side of legal disputes.