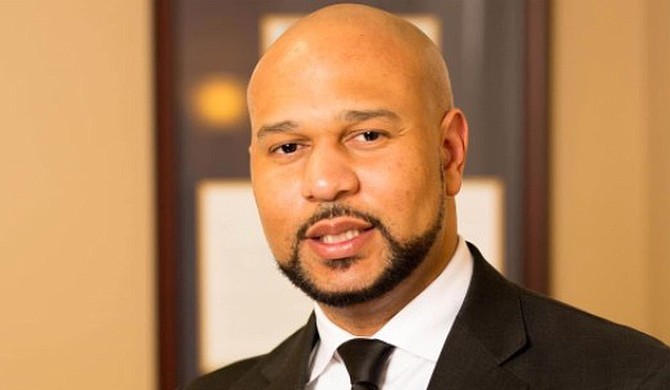 Harvey Hill's death in Madison County Correctional Detention Center in 2018 is highly disturbing, family attorney Carlos E. Moore said after viewing the video of prison guards brutalizing him and later putting him in a holding cell. The 36-year-old was found in the jail unresponsive 46 minutes later.

"Defendant Bufford assaulted Mr. Hill during the altercation and so did Defendants Ingram and Evans. They also peppered sprayed Mr. Hill. Specifically, while on the ground, Defendant Ingram and Evans held Mr. Hill down while Officer Bufford kicked him in the head six or more times," Hill’s family stated in an amended civil lawsuit filed in June.

"Decedent Harvey Hill was arrested for trespassing on May 5, 2018. Later the next day, May 6, 2018, prison guards of the Madison County Detention Center essentially administered the death penalty to Mr. Hill using excessive force, handcuffs, and pepper spray."

The suit claimed that Harvey Hill experienced excited delirium, resulting in his unstable behavior, and needed emergency medical assistance, which he did not get, but suffered beatings and negligence. He was later officially pronounced dead at Merit Health Central Hospital, Jackson.

The state medical examiner's office released Hill’s autopsy report in June, which described his death as a homicide.

'The Most Egregious Jail Death Case I've Ever Handled’

The family’s attorney gave the Jackson Free Press an update on the case last week.

"After the autopsy report was released, it was turned over to the Madison County district attorney's office; it was also turned over to the U.S. Justice Department and the U.S. Attorney's office in Jackson," Moore told the Jackson Free Press. "And then we continued to prosecute the civil case. And we settled the civil case against all defendants (Madison County and the Quality Correctional Health Care) back in October." Reuters first reported the settlement on Nov. 2, citing ‘a person with knowledge of the matter.’

"We deposed a lot of the offenders and witnesses at the jail. They've had a settlement conference with Judge (F. Keith) Ball and got the case settled," the attorney told the Jackson Free Press. This newspaper first reported on the Hill’s case in February 2019.

Moore said that the office of the U.S. Attorney for the Southern District of Mississippi requested copies of the depositions after the monetary settlement, which he said indicates an ongoing investigation.

"I expect the case to be presented to a federal grand jury, and I expect those responsible for the death of Harvey to be indicted and prosecuted," Moore said. "Grand jury proceedings are confidential, but I know that they will look into it because they asked for the deposition transcripts. I've been an attorney for 18 years, and I know if they ask for these transcripts, they are on the investigation."

"They will not confirm or deny anything, but reading between the lines, I would expect an indictment this year or early next year on the federal level," he added. "I'm also hoping that a district attorney and Madison County will hold the culprit responsible for the murder; the autopsy said homicide by blunt force trauma.

"An apparently healthy man, with a charge of trespassing (showed up in jail), a simple misdemeanor, and left dead. We know he was beaten; we've seen the video," he said.

Moore believes that the incident violates federal civil rights statutes and expects a corresponding prosecution in that regard and for the state to pursue a criminal prosecution. "I'm still hopeful that the state will do their jobs as well, but that's probably way down the road. I believe they're going to wait to see what the feds do," Moore said.

"This is the most egregious jail death case I've ever handled," he added. "There is a clear and concise evidence that this is nothing short of murder in the first degree."

Southern District of Mississippi U.S. Attorney Michael Hurst declined to comment on Harvey Hill's case after the Jackson Free Press reached out to his office.

Madison County sheriff's spokesman Heath Hall, after this reporter called him Friday and Monday, has yet to provide the employment status of the officers named in the suit for allegedly participating in beating Hill—Master Sergeant James Ingram, Officer James Bufford and Officer Terrence Evans.

"I have put in a request, (but) I have not heard back yet," Hall said Monday.