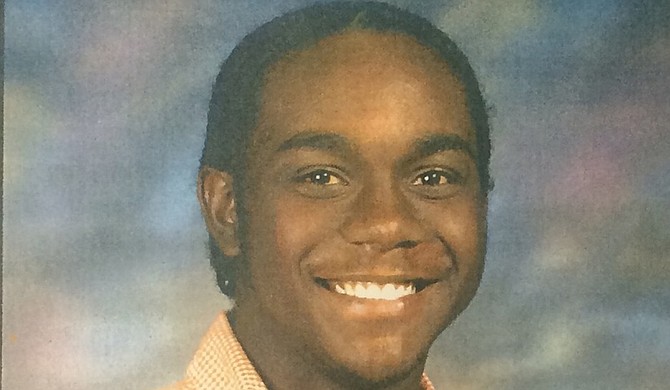 Michael McDougle died at the Neshoba County jail in Nov. 2014. His family wants to know how he died, which they still don’t know. Photo courtesy McDougle Family

Before the death of Rexdale Henry in the Neshoba County Jail in July, there was Michael McDougle.

McDougle, a 29-year-old father of three children, was arrested in Philadelphia on Nov. 1, 2014, suspected of burglary; the next morning, jailers found McDougle dead at the Neshoba County Jail.

Carlos Moore is an attorney representing McDougle's widow in a lawsuit against the county, the Philadelphia police department and several unnamed jailers. He said Philadelphia police responded to a burglary call near the home McDougle shares with his wife, Brittney. Moore said police found McDougle in his neighbor's yard and arrested him for attempted burglary. 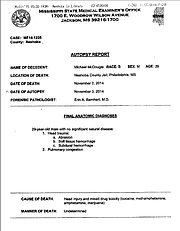 "There are still as many unanswered questions as there were on Nov. 2," Moore told the Jackson Free Press in a phone interview. Moore said the family is awaiting closure, including a final manner of death from the medical examiner's office to collect McDougle's life insurance policy; McDougle's autopsy shows that the cause of death, was head trauma.

"I know anytime there is a death in the jail, there is question as to what happened. We try our best to protect all citizens. First thing I did was notify the (Mississippi Bureau of Investigation) when it happened," Neshoba County Sheriff Tommy Waddell told the Jackson Free Press.

A call to Philadelphia Police Chief Grant Meyers was not returned for this story by press time. In the response to McDougle's complaint, attorneys for Chief Meyers and three Philadelphia police officers, deny most of the charges. The officer, the complaint states, "acted in good faith and without malice, without reckless disregard, without injurious intern, without evil motive, without deliberate indifference, without any intent to cause harm."

Furthermore, the officers say through the complaint that "the sole proximate cause of the alleged damages and injuries to the plaintiff were the actions of Michael McDougle" and that the officer did not violate any of McDougle's statutory or constitutional rights.

In a separate answer to the lawsuit, Sheriff Waddell also denied the claims. "At all relevant times, Michael D. McDougle was provided with care, custody, and security which was, at a minimum, adequate under the standards of the Constitution of the United States, including the Fourteenth Amendment, as well as the Constitution and Laws of the State of Mississippi," Waddell's answer states.

The autopsy report from the Mississippi medical examiner's office said McDougle died as a result of head injury and mixed-drug toxicity of cocaine, methamphetamine, amphetamine and marijuana.

Moore, the attorney, said a witness told him that McDougle complained of his injuries and an ambulance arrived at 3 or 4 o'clock in the morning but found nothing wrong with the man.

"I have not heard anyone say my client provoked the assault," Moore said.

McDougle's death preceded the death of Rexdale Henry by eight months. Henry, a Choctaw man who had run for a position to the Tribal Council the week before he died, was buried in Bogue Chitto on July 28.

Authorities arrested another prisoner, Justin Schlegel and charged him with murder in Henry's death, but have not released a cause of death. The Neshoba Democrat reported that Schlegel was arrested and charged with felony malicious mischief, felony burglary of a shed, home invasion, driving under the influence and illegal parking.

The Mississippi Bureau of Investigation is looking into both cases.

A status conference in the McDougle case will take place in Jackson on Aug. 12. Moore said he would like the FBI to assist with the investigation as well because of the proximity of McDougle's and Henry's deaths.

"They're grieving and mourning," Moore said of McDougle's wife and young children. They miss they dad but they recognize they have to grow up without their dad."