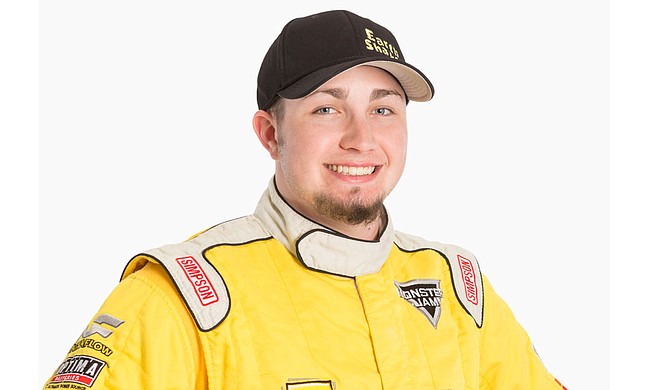 Not just anyone can strap into a 12-foot-tall, 12,000-pound, 1,500 horsepower vehicle and drive it with the speed and precision it takes to compete in Monster Jam. Tristan England, a 23-year-old professional monster truck driver, puts his truck EarthShaker to the test with each event that he enters, and he brings his skills to the Mississippi Coliseum in Jackson this weekend as part of this year's Monster Jam season.

Born and raised in Paris, Texas, England grew up around motorized sports. Since he was around 7 years old, his family would attend shows. His father, Shane England, worked as a crew member for two monster trucks. Shane eventually purchased his own monster truck in 2012 and began competing in Monster Jam himself in 2013, driving the Big Kahuna.

Tristan worked in his father's crew for competitions, learning the mechanics of the vehicular behemoths. Having a background in dirt racing himself, Tristan England was invited to Monster Jam University in 2015 after graduating from North Lamar High School the year before.

MJU is where professional drivers get their start. After a series of tests, those who qualify are trained by Tom Meents, a 12-time world champion monster truck driver who spent years behind the wheel of the truck named Maximum Devastation. Meents guides new drivers and encourages them to discover their own driving style.

"I figured out my style of driving I think the second week I went out there, and I just kind of created a 'controlled chaos' as I call it," England says. "I'm taking this Monster Jam truck, and I'm driving it to the ragged edge on the floor to my best ability to keep it controlled but make it look insanely skilled and (seemingly) out of control."

England became a backup driver in 2016 and made his debut in the professional circuit in 2017 with EarthShaker, a monster truck that "pays homage to the trucks, machines, and construction crews that build Monster Jam tracks all over the world," as the Monster Jam website says.

In his first year as a professional driver, England won the 2017 Double Down Showdown, in which 16 rookies compete for a place in the 32-contestant World Finals, which England describes as "the Super Bowl for (monster truck drivers and fans)." The next year, England won the 2018 Triple Threat West Coast Championship and later won the 2019 Triple Threat East Coast Championship. For 2020, he is returning to the west coast.

Monster Jam competitions have a number of events, including timed and head-to-head races, two-wheel skill challenges (England's favorite), donut and freestyle contests and more. In addition to the Monster Jam trucks, drivers also compete using Monster Jam ATVs and speedsters, which are a type of off-road sporting vehicle manufactured to maneuver over rough terrain and around obstacles.

"Speedsters are like tanks," England says. "So you're going out there, and you're getting to battle it out with other drivers--and beat and bang on each other--on the obstacle course and on the track just to see who wins."

In the two-wheel skill, donut and freestyle competitions, the fans judge the drivers on their performances. By visiting judgeszone.com on their mobile devices' web browsers during the shows, fans can score drivers on a 0-10 scale.

"It's all in the fans' hands, and it's always been about the fans. We rely on them to give us good scores. ... We spend one-on-one time in the pit party with each and every fan that comes through our autograph line. It's always about the fans--because without the fans, we wouldn't be where we are today. That's what it's all about."

Despite the roaring engines and the deftly maneuvered stunts, England says that the sport is not dangerous. Each driver is equipped with a custom-fitted, fire-resistant driving suit that offers three layers of protection, minimum. Drivers also wear specially made protective helmets, gloves and shoes. Vehicles feature full-containment seats that are bolted and manufactured to personally fit each individual driver.

"It's the best adrenaline rush you could ever feel being behind one of these trucks," England says. "At the end of the night, you could be victorious, and that's one of the best feelings ever. It doesn't matter if that truck is completely apart--you and your crew worked the whole show, the whole event, to win that trophy and win those points to maybe win the series championship at the end of it all."

When he is not driving EarthShaker, England works on his family farm, Taking It Easy Farms, and spends time with his 6-month-old son, Karson Crash England, and his girlfriend, Kierra Hare, with whom he shares the child.

Monster Jam takes place this weekend at the Mississippi Coliseum (1207 Mississippi St.). Showtimes are at 1 p.m. and 7 p.m. Saturday, Dec. 7, and at 1 p.m. Sunday, Dec. 8. Tickets are $15 per person. To learn more about Monster Jam, visit the website at monsterjam.com. For tickets, click here.