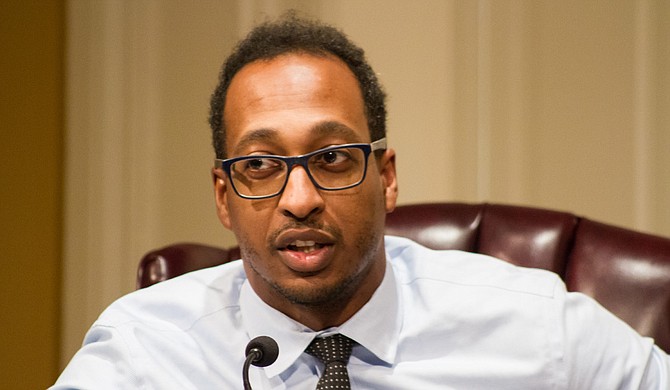 JACKSON—Residents now have a new process for appealing their water bills after the Jackson City Council passed an ordinance at the Aug. 20 meeting to allow administrative hearings for water- and sewer-bill complaints.

The city wants to hire a hearing officer with mediation experience to oversee appeals, Mayor Chokwe A. Lumumba said at the meeting. When the City finds a potential candidate, officials will present him or her at a city council, and members will take a vote.

"The objective is to provide the most objective party that the city can put forward in this process," Lumumba said.

In 2013, Mayor Harvey Johnson Jr. signed a contract with Siemens for $90 million to install new water meters and a new billing system for water and sewage services, along with physical upgrades to water and sewer lines and to the city's sewage-treatment plants. In the years since, Jackson residents have been plagued with errors in water and sewer billing, causing shortages in the City's revenue from these services.

How the New Process Works

In the past, city attorneys have handled water- and sewer-bill complaints and appeals while the council makes the final decision on whether a customer should pay the bill. The new process lets customers who want to dispute their bills submit a request for an administrative hearing with Water and Sewer Business Administration Manager Paulette Witt before the due date of their final cutoff notice, an agenda packet from the city-council meeting said.

The manager will set a date for the hearing no more than 30 days after the customer's request and discontinue the cut-off process until the complaint is resolved. At the hearing, counsel can represent customers and present witnesses or other documents as support, but the manager will also be in attendance to offer a response.

The hearing officer will consider all evidence submitted to the hearing, and after no later than 14 days, the officer will send a copy of the findings and recommendation to the customer and the manager, the packet said.

The manager will draft a resolution to present to the city council, the members of which will decide to accept the resolution as-is, or modify it and adopt it as the city's final decision, the packet said.

"If the hearing officer finds that an amount is due from the customer, the amount shall be immediately due and payable following the adoption of the resolution by the city council," the packet said.

The City has the final decision on whether to discontinue water service without further notice if the amount is not paid in 10 days following the adoption of the resolution. Customers who had bills that were past due or requested an appeal before the adoption of this ordinance can also participate in this appeal process. Customers who have had hearings before a city attorney have 14 days after the start of the ordinance to fill out a request form to appeal the water bill to city council.

'You Gotta Have It To Live'

"How many households are without water today? Can we get a guess? Is it 100, 200?" Ward 3 Stokes asked Public Works Director Robert Miller at the meeting.

"It would only be a guess, and I don't think that would be fair," Miller responded.

"With the process, would you assume we're going to have more (people) without water? What's the overall goal? How do we turn it around that we can make sure these citizens are going to have water?" Stokes asked.

Stokes fears even worse, he said.

"We could end up with a quarter of this city without water. How are we going to look around the world that you have a city with a large population without water?" he said.

The Ward 3 Councilman opposed changing the current appeals process, one that he said has been working just fine. Lumumba disagreed.

"We can't say that it's been working; it's (just) what we've been executing," Lumumba said.

Ward 2 Councilman Melvin Priester Jr. said this new process is an example of the City trying to look out for the interests of its residents. The old process is "very political," he said, with residents focusing on getting to their councilperson to advocate for a bill adjustment; however, the new process is more professional and creates structure, he said.

"This is really us going above and beyond because every other place I've ever lived, if you didn't like what happened with the water billing department, you didn't have an option to go to an independent judge or to the city councilperson. You got stuck with the bill that the employee decided you got stuck with," Priester said.

City Attorney Tim Howard told Stokes that if they don't use this process, the courts will take over.

"We need to have a more defined process with time limits on it and with defined roles of who is doing what," Howard said.

"If anything comes out of this discussion, we have to be focused more on getting water turned back on for people who need it because there are so many people who can't afford water in this city. You gotta have it to live, especially in an environment like Mississippi," Priester said.

The council was going to vote on an ordinance mandating no disconnect of water to residents pending the outcome of the Siemens lawsuit; however, the council pulled the item because not all members were present.