Senate Debate at Millsaps, AIM for CHangE at MSU and Belhaven Family Weekend 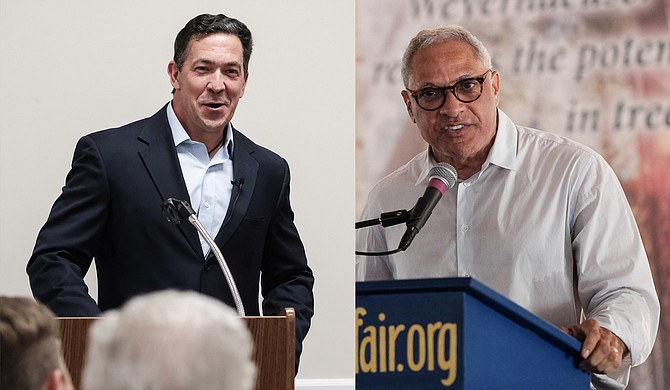 UPDATE: Millsaps College announced in a release that the Oct. 4 senate debate has been cancelled. The decision to cancel came after an announcement on Sept. 28 by the Mike Espy campaign to pull out of the debate because of the absence of Senator Cindy Hyde-Smith.

Former congressman and U.S. Secretary of Agriculture Mike Espy, State Sen. Chris McDaniel and former U.S. Navy Intelligence Officer Tobey Bartee have agreed to participate in the debate. Sen. Cindy Hyde-Smith, whom Gov. Phil Bryant appointed in March 2018 to assume Cochran's seat until the special election, has an open invitation to join but may not participate due to scheduling issues, a release from Millsaps stated.

Wilson Stribling, a WLBT news anchor and host of MPB's weekly news magazine program @ISSUE, will serve as moderator for the debate. Emily Wagster Pettus, a political reporter with the Associated Press; R.L. Nave, editor-in-chief of Mississippi Today; and Desare Frazier, a reporter with Mississippi Public Broadcasting, will serve as panelists and will present questions to the candidates.

The debate is free and open to the public. Seating is limited and will be on a "first come, first served" basis. The doors will open at 6:15 p.m.

The Centers for Disease Control and Prevention recently awarded Mississippi State University a five-year, $5.5-million grant to launch "AIM for CHangE" to combat obesity in Mississippi. The name is short for "Advancing, Inspiring, Motivating for Community Health through Extension."

MSU will partner with the Mississippi Public Health Institute and the University of Mississippi Medical Center to implement the program. AIM for CHangE will promote improvements in individual nutrition and physical activity habits, access to healthy foods in local communities, parks and recreation centers for outdoor activity, walkable paths to schools and worksites, educational programming, and other means to reduce obesity rates and related diseases such as diabetes and hypertension.

The CDCP will provide $1.1 million per year over five years for the program. AIM for CHangE will target Holmes, Humphreys, Issaquena and Sharkey counties during the first phase of the program, after which it will expand into additional counties, focusing on those with the highest obesity rates.

Throughout today, the university invites parents to bring their children for Belhaven Discover Day. Children can tour the campus, learn about the school, talk to professors and meet Belhaven University President Roger Parrott. Belhaven is also holding an open house for the Wynn Kenyon Think Center, an on-campus creative learning space, until 5 p.m.

From 7 p.m. to 9 p.m., the university will host an event called Rec the Night inside the Belhaven Bowl, featuring games, smoked chicken and sausage, soft pretzels, hand-rolled ice cream and cotton candy. The evening will end with the "Sibling Sleepover," where same-gendered siblings of current Belhaven students can stay overnight in their siblings' dorm rooms.

On Saturday, Sept. 22, Belhaven will take part in the Walk to End Alzheimer's from 8:30 a.m. to 10 a.m. at the Mississippi State Capitol (400 High St.). At noon, the Belhaven Blazers women's and men's soccer teams will both play against the University of Texas at Dallas at Belhaven Bowl Stadium.

At 5:30 p.m., the university will hold a tailgating party for the Belhaven Blazers' football game against East Texas Baptist University in the open space between Helen White Hall and Hood Library. The party will include food, games, face painting, cheer practice and prize drawings. Admission is $5 per person or $25 per family. The game begins at 7 p.m.

Belhaven will also host the Community Dance Concert at 7 p.m. at the Belhaven Center for the Arts (835 Riverside Drive). The concert will feature dance faculty, students and alumni performing together with other local dancers. Admission is $10 per person, or $5 for seniors and non-Belhaven students. The event is free for Belhaven students, faculty, staff and immediate family members.