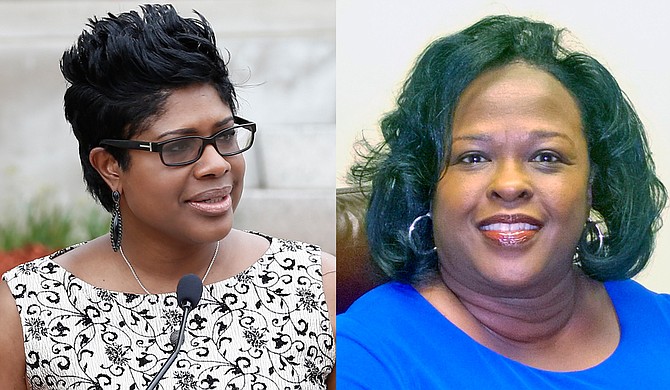 JACKSON — Hinds County voters had a harder decision to make than most on Nov. 27, with six judicial seats up for grabs alongside the hotly contested, historic U.S. Senate race that resulted in Mississippians electing the first woman to Congress in Cindy Hyde-Smith.

But voters made historic changes to the bench in Hinds County, too. Both the circuit and chancery courts will have three-to-one women-to-man majorities, and the circuit court will be entirely African American for the first time. Notably, no one with a Gov. Phil Bryant endorsement in this Hinds County and Court of Appeals run-off won.

Fifty-two percent of registered voters in Hinds County came out to the polls on Nov. 27, unofficial results from all 110 precincts show as of 10:45 p.m. on election night. This is virtually the same amount that came out on Nov. 6, with just 0.24 percent more people than three weeks ago.

There were no major upsets in the judicial run-off, as all the candidates with the highest percentages on Election Day won their judicial seats on Nov. 27. However, Circuit Court Judge Joseph Sclafani lost the District 4 seat he inherited this spring when Gov. Phil Bryant appointed him to fill the remainder of Circuit Court Judge Bill Gowan's term when Gowan retired. Former Hinds County District Attorney Faye Peterson reined in 58.03 percent of the vote, compared to Sclafani's 41.74.

Wooten served as a lawmaker for a decade. The Meridian native went to Alcorn State University for her undergraduate degree and then the University of Mississippi for law school.

Wooten and Peterson join senior Circuit Court Judge Tomie Green, who was re-elected on Nov. 6. The women join Judge Winston Kidd, who is the sole man on the circuit court bench.

Shake-ups for Court of Appeals

Weill himself, also endorsed by Bryant, took a loss to David McCarty of Jackson in the Court of Appeals race. In the 4-2 district spanning from Jackson to Laurel, McCarty earned 66 percent and Weill just 34.

This will be McCarty's first time serving on any bench. He is an attorney hailing from academia. Since just a year after graduating from Mississippi College's law school, McCarty has been teaching pretrial practice, evidence, trial practice, legal writing and appellate advocacy at his alma mater.

For the Court of Appeals race in District 2-1, which encompasses the Mississippi Delta and some of Jackson, Debra McDonald, a former municipal judge in Fayette, Miss., defeated Washington County Prosecutor Eric Hawkins of Greenville, Miss. McDonald got 65 percent of the vote and Hawkins 35 percent.

Tiffany Grove, an attorney from Raymond, Miss., will join Judges Denise Sweet Owens and newly-elected Crystal Wise Martin, who takes the place of her mother, Patricia Wise, who retired this year. Judge Dewayne Thomas is the sole man on the chancery court bench. For the District 4 seat, Grove defeated private attorney Monique Brown-Barrett, whom Gov. Phil Bryant endorsed. Grove amassed 56.75 percent of the vote and Brown-Barrett 42.89.

Grove has been with the firm Williford, McAllister & Jacobus, LLP trying cases in chancery court. Her campaign site says she specializes in estate and fiduciary litigation, but she also has experience with probate, estate and trust administration, and guardianships and conservatorships. She's also handled domestic matters like divorces, child support cases, contempt and termination of parental rights.

Last, but not least, Johnnie McDaniels crushed his Hinds County Court race against Raymond attorney John Fike. McDaniels got 63.18 percent of the vote, and Fike got 36.25.

McDaniels is the now outgoing executive director of the Henley-Young Juvenile Detention Center. He campaigned with the hopes of becoming the next youth-court judge now that William Skinner stepped down.

The youth-court system in Hinds County had been split in two: Skinner presided over the abuse and neglect docket, and Judge Melvin Priester Sr., who easily won his bid for re-election on Nov. 6, has been over the delinquency docket. McDaniels wants to change this, if the senior county judge, Priester, appoints him to handle youth court.

"A kid who's been subject to abuse and neglect could very well have some delinquency issues, and he (or she) certainly shouldn't be hauled into different court settings," he told the Jackson Free Press in an interview in our office on Aug 10.

McDaniels also hopes to create a separate docket for juveniles charged as adults to move them through the system more swiftly. Such teens in Hinds County currently spend pre-trial detention at Henley-Young, and some have been at the facility for close to a year or more on charges only, as they are also subject to the county backlog because of their adult status in the eyes of the court.

"[O]ne of the things I am going to advocate for as a youth-court judge is the creation of a juvenile-charged-as-adult docket that is separate and distinct from the adult docket for Hinds County," McDaniels told the Jackson Free Press this summer. "Those individuals who are charged as adults who are housed at Henley-Young ... should have their court proceedings conducted in the youth court building. ...When you have a juvenile charged as adults that's been in a facility like Henley-Young for 300 days unindicted, that's a problem, an absolute problem."

Read about the results of the Nov. 6 judicial races here.

Note: This story has been updated to correct Crystal Wise Martin's name. A previous version of this story erroneously refered to her as her mother, Patricia Wise, who retired this year.